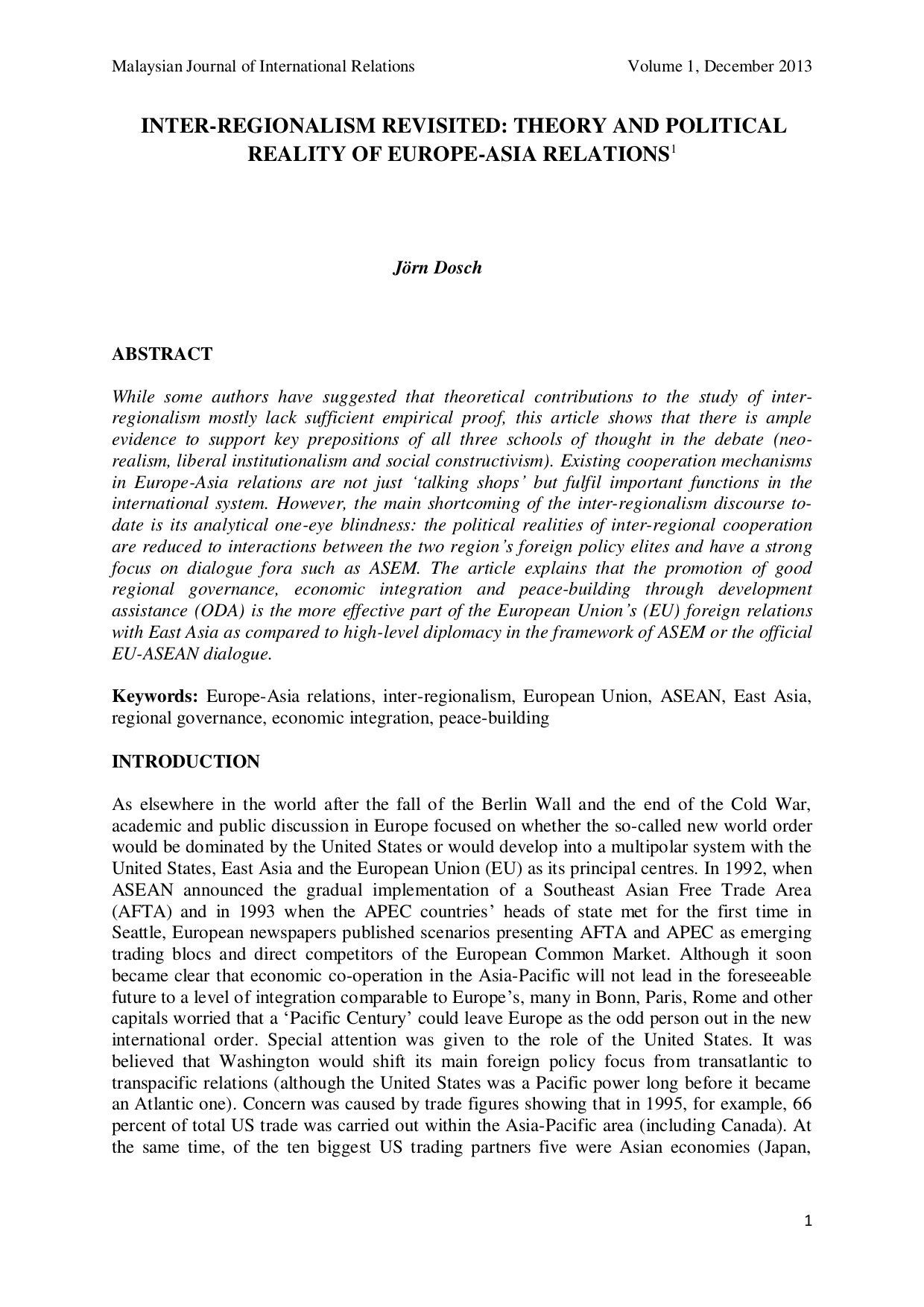 While some authors have suggested that theoretical contributions to the study of inter-regionalism mostly lack sufficient empirical proof, this article shows that there is ample evidence to support key prepositions of all three schools of thought in the debate (neorealism, liberal institutionalism and social constructivism). Existing cooperation mechanisms in Europe-Asia relations are not just ‘talking shops’ but fulfil important functions in the international system. However, the main shortcoming of the inter-regionalism discourse to-date is its analytical one-eye blindness: the political realities of inter-regional cooperation are reduced to interactions between the two region’s foreign policy elites and have a strong focus on dialogue fora such as ASEM. The article explains that the promotion of good regional governance, economic integration and peace-building through development assistance (ODA) is the more effective part of the European Union’s (EU) foreign relations with East Asia as compared to high-level diplomacy in the framework of ASEM or the official EU-ASEAN dialogue.

Professor at the Institute of International Politics, Rostock University, Germany. Between 2010 till 2012, he served as Acting Dean of the Faculty of Social Sciences, Monash University (Malaysia). Prior to that, he served several senior positions at the University of Leeds and the University of Mainz, Germany. He was also previously a Fulbright Scholar at Stanford University. Dosch has published some 70 books and academic papers on Southeast Asian politics and the regionâ€™s international relations. Email: joern.dosch@uni-rostock.de