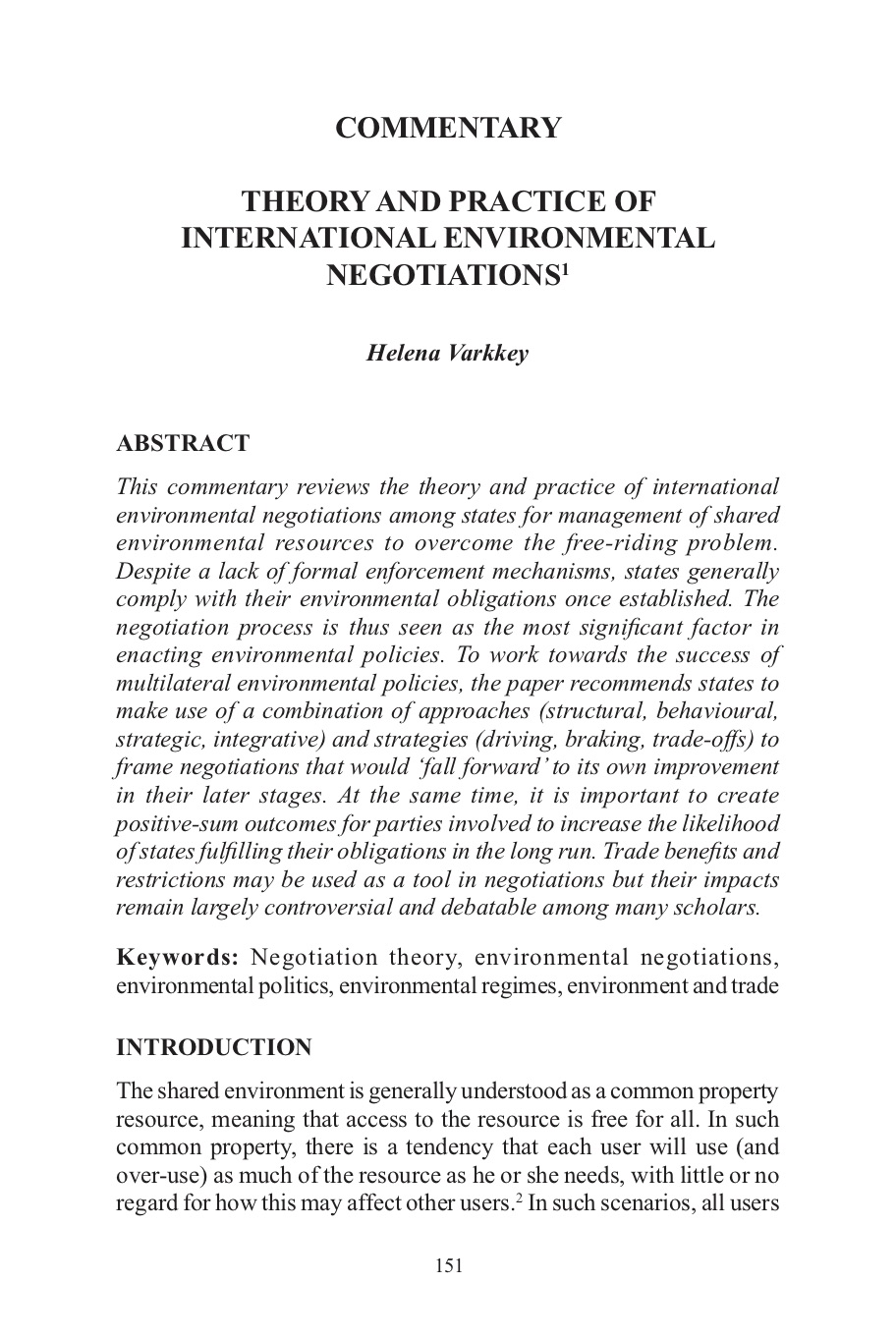 This commentary reviews the theory and practice of international environmental negotiations among states for management of shared environmental resources to overcome the free-riding problem. Despite a lack of formal enforcement mechanisms, states generally comply with their environmental obligations once established. The negotiation process is thus seen as the most significant factor in enacting environmental policies. To work towards the success of multilateral environmental policies, the paper recommends states to make use of a combination of approaches (structural, behavioural, strategic, integrative) and strategies (driving, braking, trade-offs) to frame negotiations that would ‘fall forward’ to its own improvement in their later stages. At the same time, it is important to create positive-sum outcomes for parties involved to increase the likelihood of states fulfilling their obligations in the long run. Trade benefits and restrictions may be used as a tool in negotiations but their impacts remain largely controversial and debatable among many scholars.