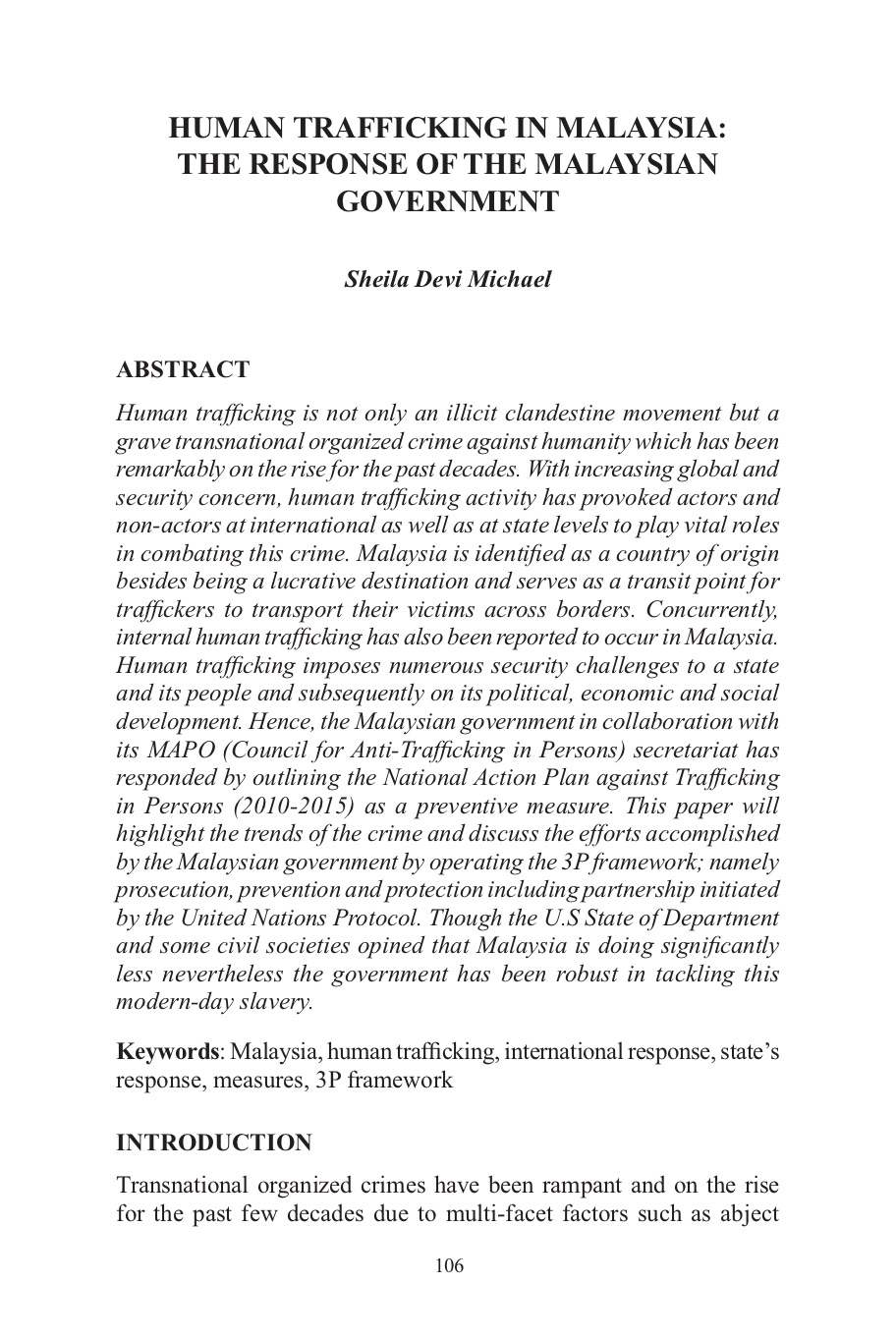 Human trafficking is not only an illicit clandestine movement but a grave transnational organised crime against humanity which has been remarkably on the rise for the past decades. With increasing global and security concern, human trafficking activity has provoked actors and non-actors at international as well as at state levels to play vital roles in combating this crime. Malaysia is identified as a country of origin besides being a lucrative destination and serves as a transit point for traffickers to transport their victims across borders. Concurrently, internal human trafficking has also been reported to occur in Malaysia. Human trafficking imposes numerous security challenges to a state and its people and subsequently on its political, economic and social development. Hence, the Malaysian government in collaboration with its MAPO Secretariat has responded by outlining the National Action Plan against Trafficking in Persons (2010-2015) as a preventive measure. This paper will highlight the trends of the crime and discuss the efforts accomplished by the Malaysian government by operating the 3P framework; namely prosecution, prevention and protection including partnership initiated by the United Nations Protocol. Though the U.S State of Department and some civil societies opined that Malaysia is doing significantly less nevertheless the government has been robust in tackling this modern-day slavery.