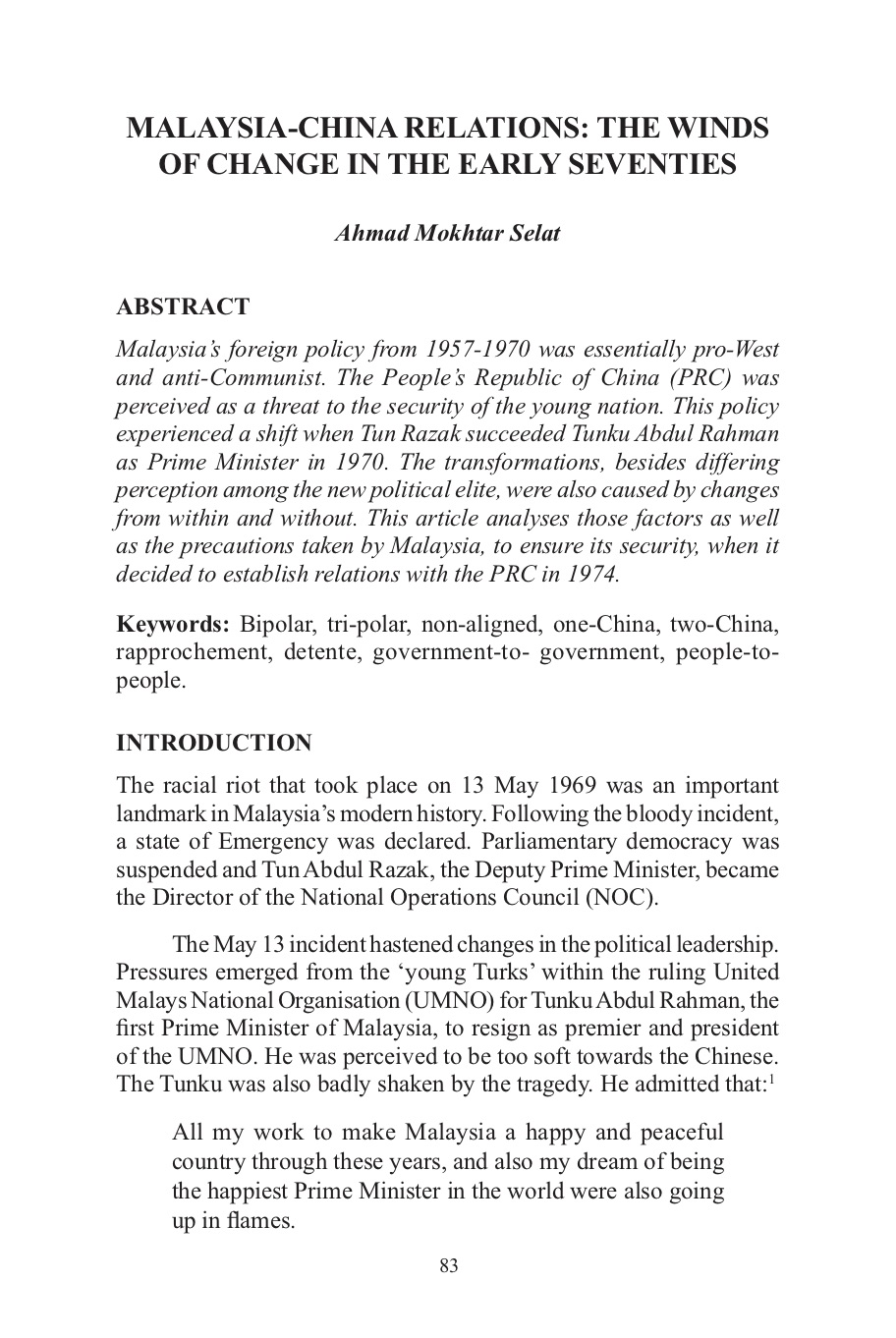 Malaysia’s foreign policy from 1957-1970 was essentially pro-West and anti-Communist. The People’s Republic of China (PRC) was perceived as a threat to the security of the young nation. This policy experienced a shift when Tun Razak succeeded Tunku Abdul Rahman as Prime Minister in 1970. The transformations, besides differing perception among the new political elite, were also caused by changes from within and without. This article analyses those factors as well as the precautions taken by Malaysia, to ensure its security, when it decided to establish relations with the PRC in 1974.