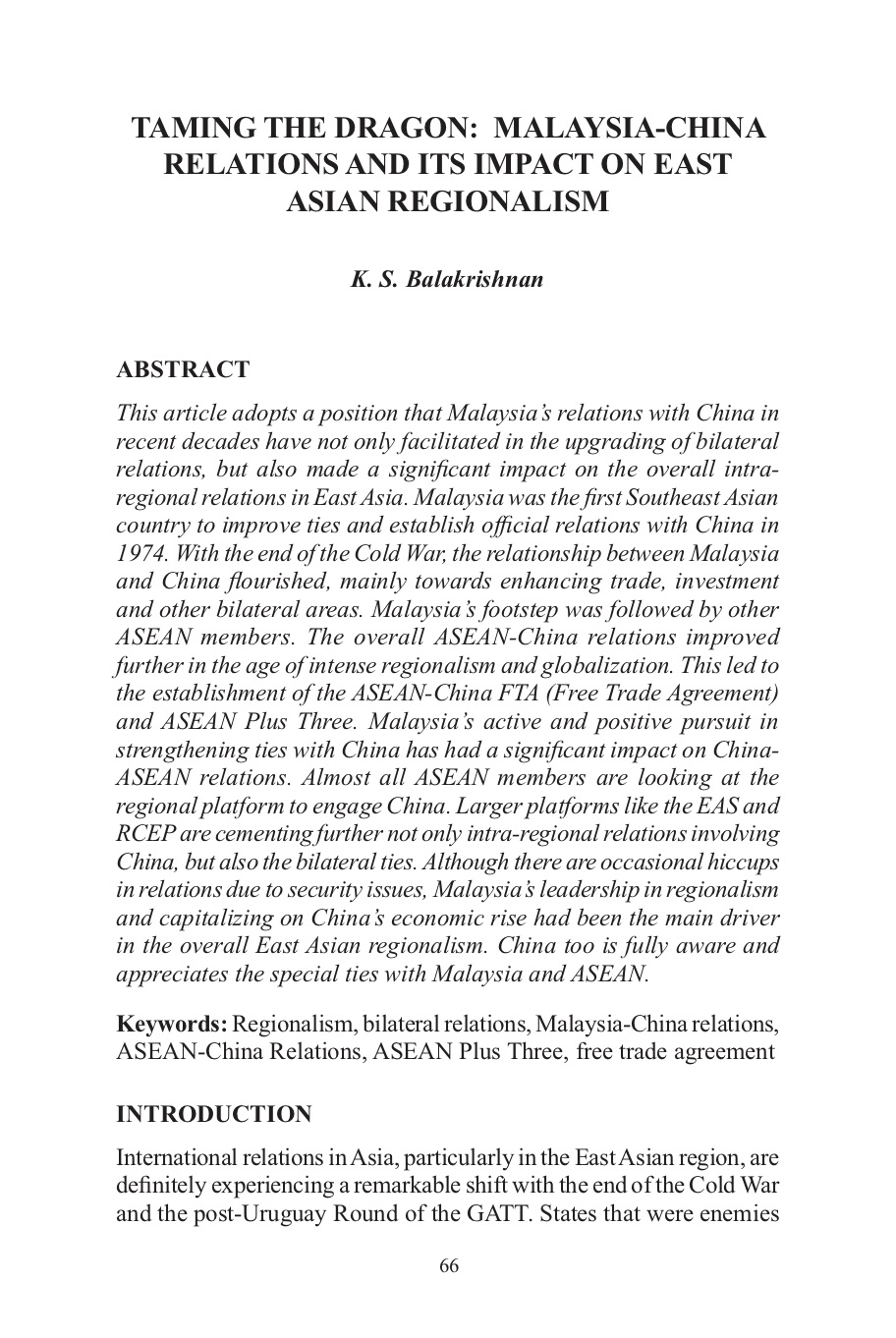 This article adopts a position that Malaysia’s relations with China in recent decades have not only facilitated in the upgrading of bilateral relations but also made a significant impact on the overall intra-regional relations in East Asia. Malaysia was the first Southeast Asian country to improve ties and establish official relations with China in 1974. With the end of the Cold War, the relationship between Malaysia and China flourished, mainly towards enhancing trade, investment and other bilateral areas. Malaysia’s footstep was followed by other ASEAN members. The overall ASEAN-China relations improved further in the age of intense regionalism and globalisation. This led to the establishment of the ASEAN-China FTA (Free Trade Agreement) and ASEAN Plus Three. Malaysia’s active and positive pursuit in strengthening ties with China has had a significant impact on China-ASEAN relations. Almost all ASEAN members are looking at the regional platform to engage China. Larger platforms like the EAS and RCEP are cementing further not only intra-regional relations involving China, but also the bilateral ties. Although there are occasional hiccups in relations due to security issues, Malaysia’s leadership in regionalism and capitalising on China’s economic rise had been the main driver in the overall East Asian regionalism. China too is fully aware and appreciates the specialities with Malaysia and ASEAN.