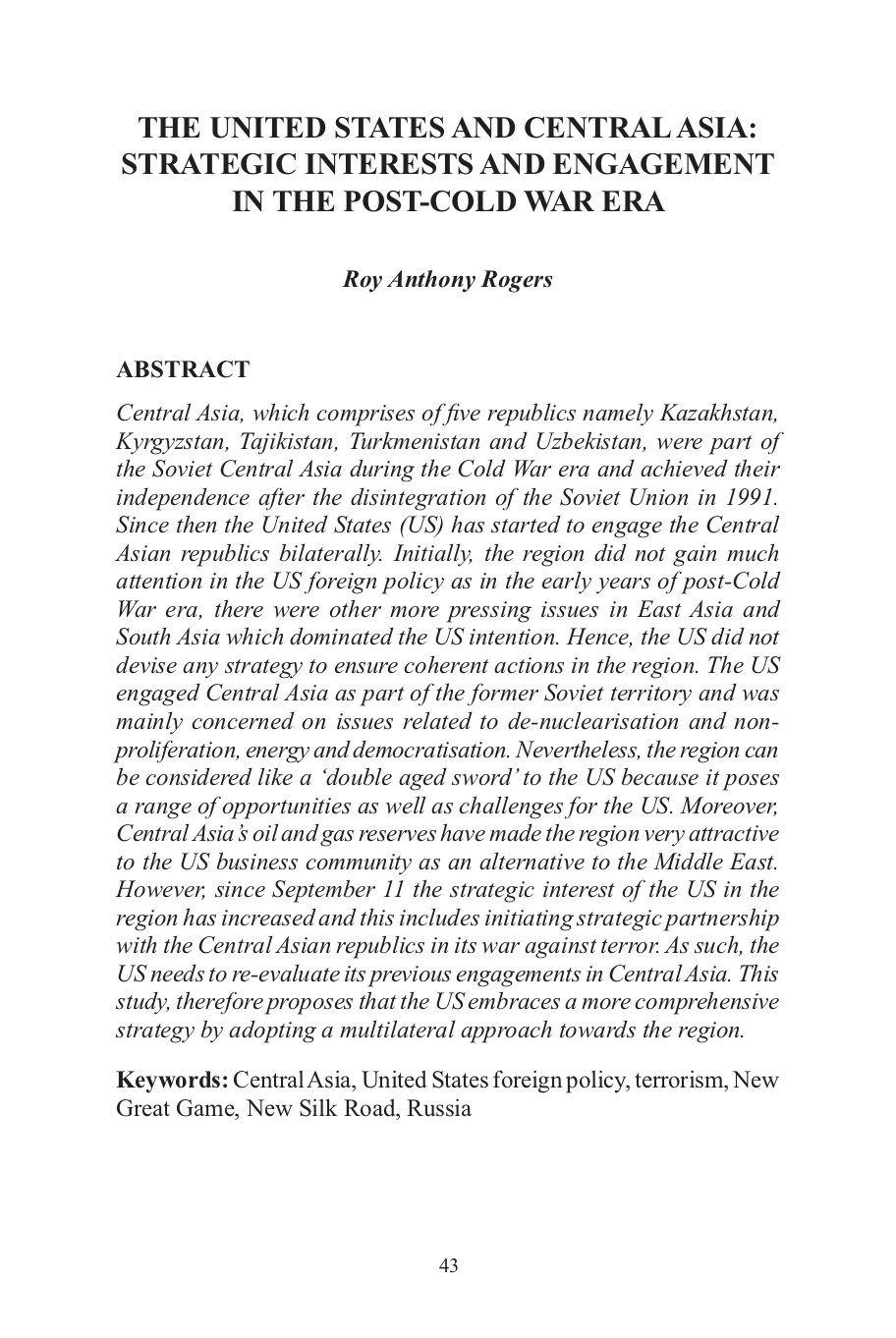 Central Asia, which comprises of five republics namely Kazakhstan, Kyrgyzstan, Tajikistan, Turkmenistan and Uzbekistan, were part of the Soviet Central Asia during the Cold War era and achieved their independence after the disintegration of the Soviet Union in 1991. Since then the United States (US) has started to engage the Central Asian republics bilaterally. Initially, the region did not gain much attention in the US foreign policy as in the early years of the post-Cold War era, there were other more pressing issues in East Asia and South Asia which dominated the US intention. Hence, the US did not devise any strategy to ensure coherent actions in the region. The US engaged Central Asia as part of the former Soviet territory and was mainly concerned with issues related to de-nuclearisation and non-proliferation, energy and democratisation. Nevertheless, the region can be considered like a ‘double aged sword’ to the US because it poses a range of opportunities as well as challenges for the US. Moreover, Central Asia’s oil and gas reserves have made the region very attractive to the US business community as an alternative to the Middle East. However, since September 11 the strategic interest of the US in the region has increased and this includes initiating a strategic partnership with the Central Asian republics in its war against terror. As such, the US needs to re-evaluate its previous engagements in Central Asia. This study, therefore proposes that the US embraces a more comprehensive strategy by adopting a multilateral approach towards the region.