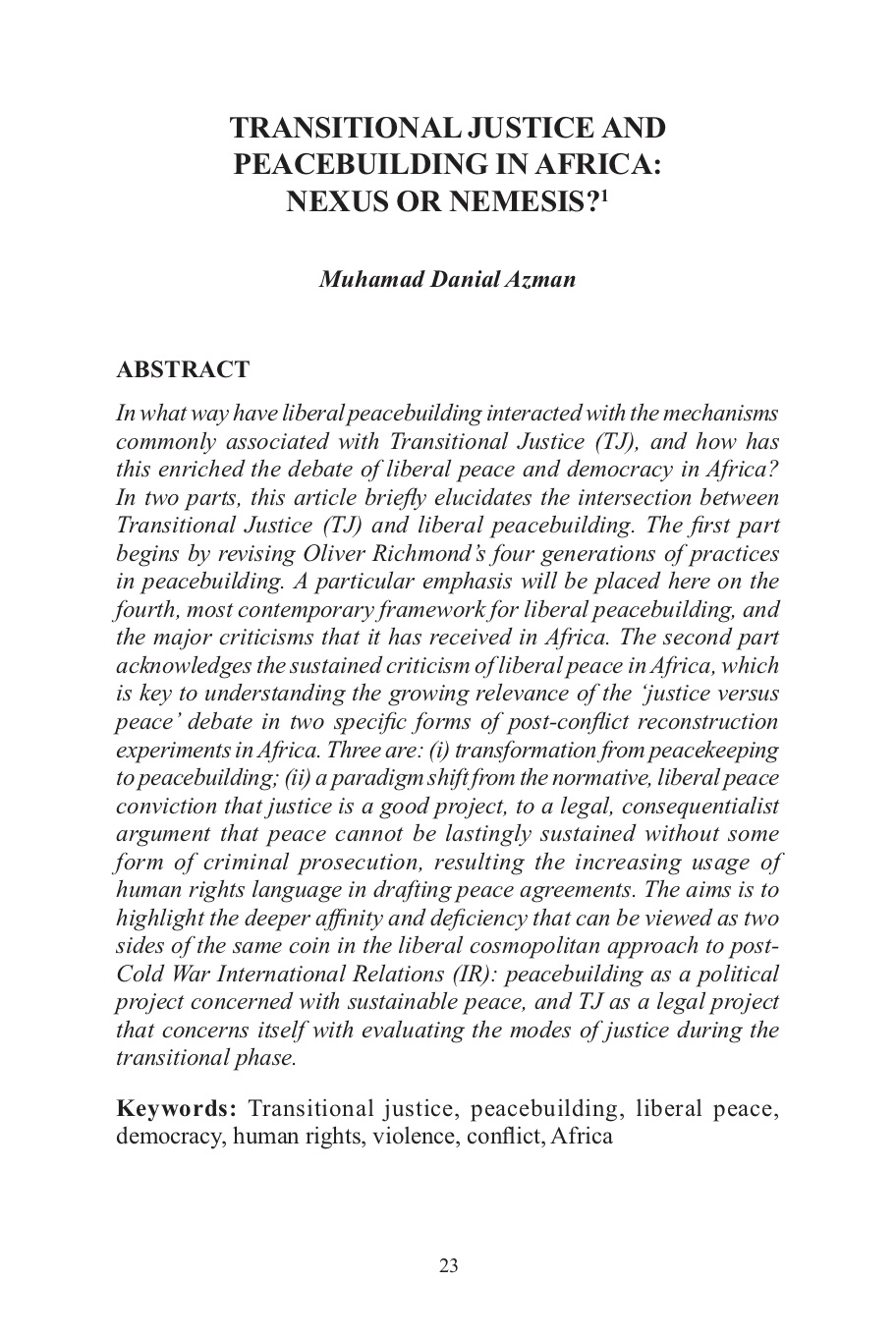 In what way have liberal peacebuilding interacted with the mechanisms commonly associated with Transitional Justice (TJ), and how has this enriched the debate of liberal peace and democracy in Africa? In two parts, this article briefly elucidates the intersection between Transitional Justice (TJ) and liberal peacebuilding. The first part begins by revising Oliver Richmond’s four generations of practices in peacebuilding. A particular emphasis will be placed here in the fourth, the most contemporary framework for liberal peacebuilding, and the major criticisms that it has received in Africa. The second part acknowledges the sustained criticism of liberal peace in Africa, which is key to understanding the growing relevance of the ‘justice versus peace’ debate in two specific forms of post-conflict reconstruction experiments in Africa. Two are: (i) transformation from peacekeeping to peacebuilding; (ii) a paradigm shift from the normative, liberal peace conviction that justice is a good project, to a legal, consequentialist argument that peace cannot be lastingly sustained without some form of criminal prosecution, resulting the increasing usage of human rights language in drafting peace agreements. The aims is to highlight the deeper affinity and deficiency that can be viewed as two sides of the same coin in the liberal cosmopolitan approach to post-Cold War International Relations (IR): peacebuilding as a political project concerned with sustainable peace, and TJ as a legal project that concerns itself with evaluating the modes of justice during the transitional phase.