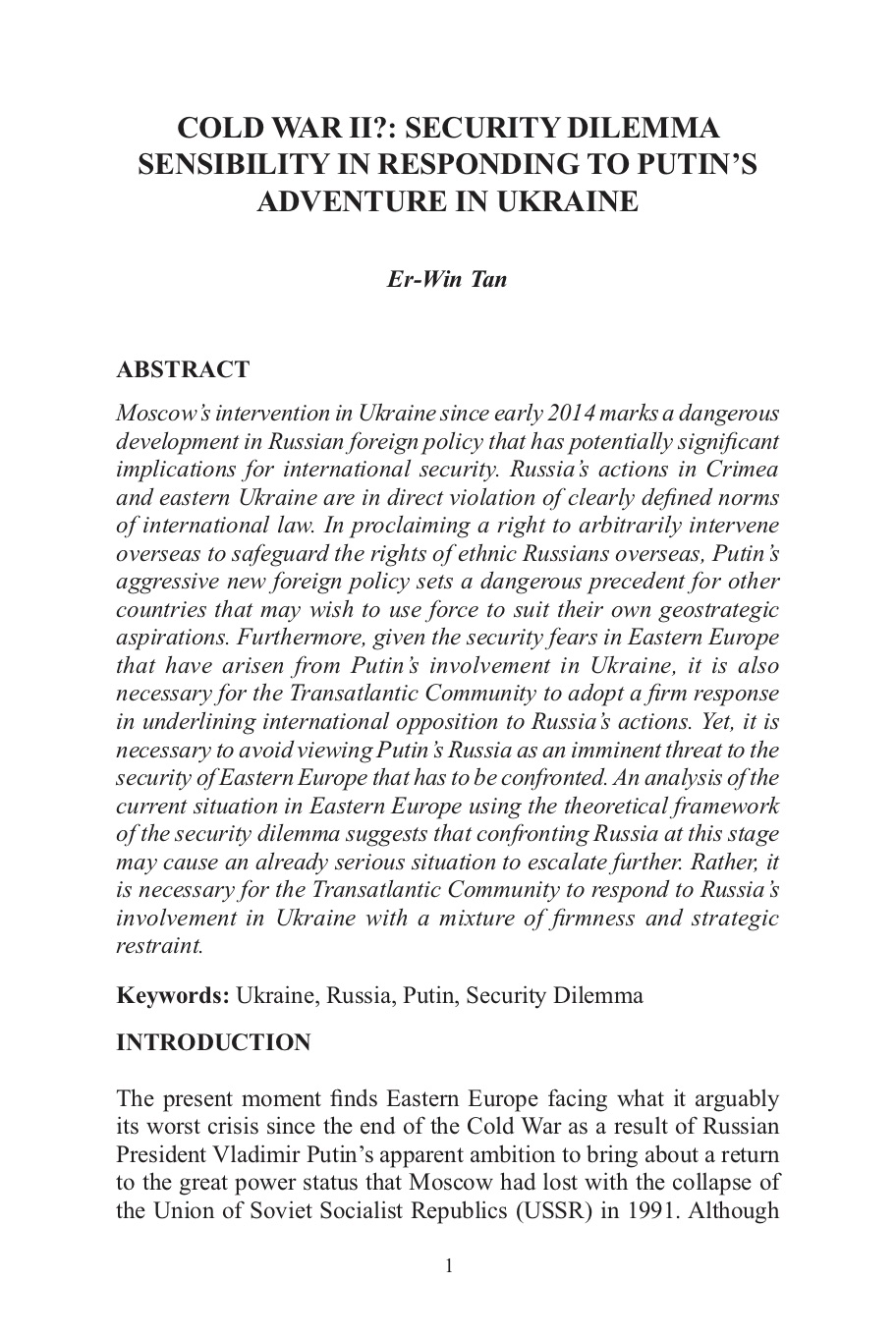 Moscow’s intervention in Ukraine since early 2014 marks a dangerous development in Russian foreign policy that has potentially significant implications for international security. Russia’s actions in Crimea and eastern Ukraine are in direct violation of clearly defined norms of international law. In proclaiming a right to arbitrarily intervene overseas to safeguard the rights of ethnic Russians overseas, Putin’s aggressive new foreign policy sets a dangerous precedent for other countries that may wish to use force to suit their own geostrategic aspirations. Furthermore, given the security fears in Eastern Europe that have arisen from Putin’s involvement in Ukraine, it is also necessary for the Transatlantic Community to adopt a firm response in underlining international opposition to Russia’s actions. Yet, it is necessary to avoid viewing Putin’s Russia as an imminent threat to the security of Eastern Europe that has to be confronted. An analysis of the current situation in Eastern Europe using the theoretical framework of the security dilemma suggests that confronting Russia at this stage may cause an already serious situation to escalate further. Rather, it is necessary for the Transatlantic Community to respond to Russia’s involvement in Ukraine with a mixture of firmness and strategic restraint.