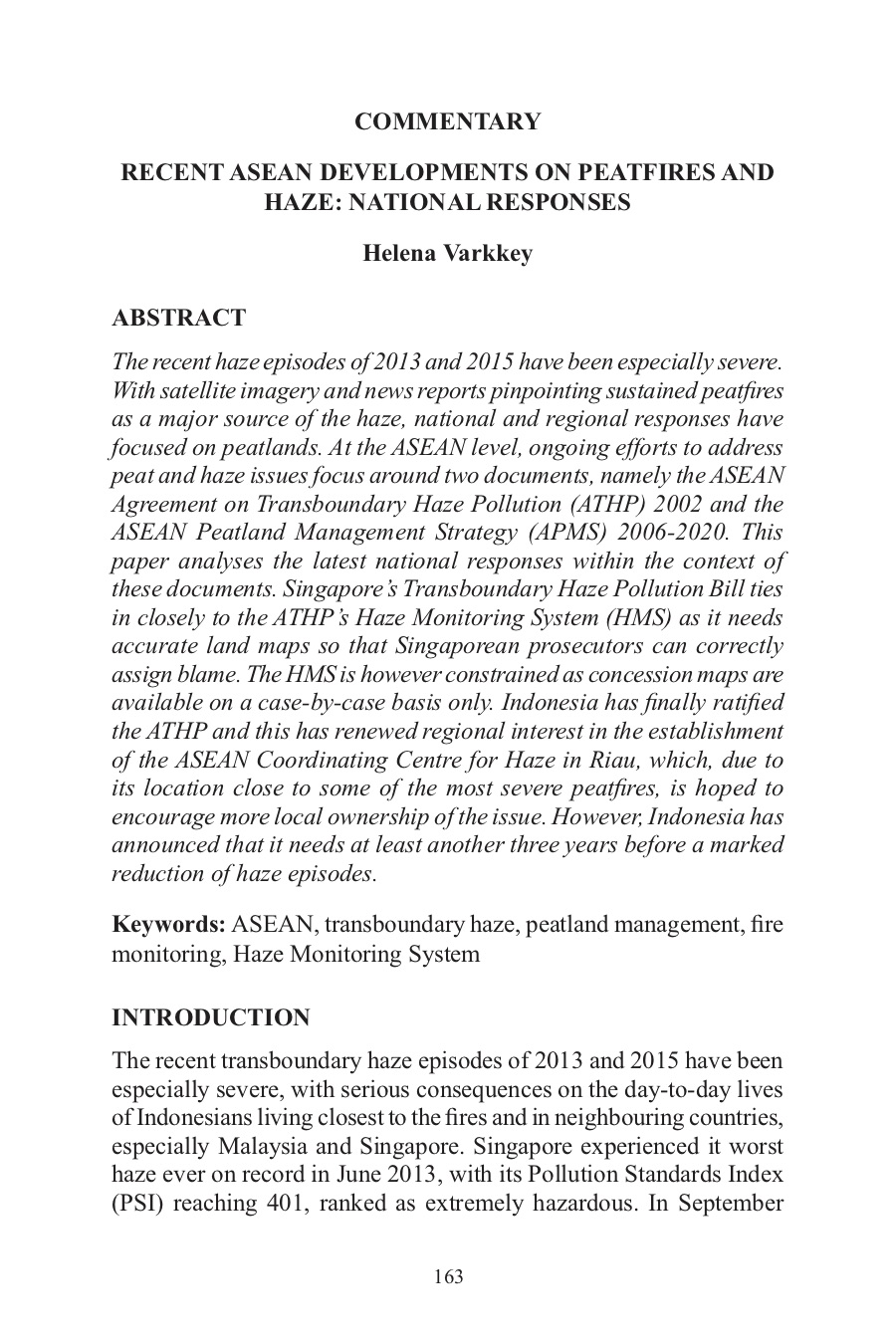 The recent haze episodes of 2013 and 2015 have been especially severe. With satellite imagery and news reports pinpointing sustained peatfires as a major source of the haze, national and regional responses have focused on peatlands. At the ASEAN level, ongoing efforts to address peat and haze issues focus on two documents, namely the ASEAN Agreement on Transboundary Haze Pollution (ATHP) 2002 and the ASEAN Peatland Management Strategy (APMS) 2006-2020. This paper analyses the latest national responses within the context of these documents. Singapore's Transboundary Haze Pollution Bill ties in closely to the ATHP's Haze Monitoring System (HMS) as it needs accurate land maps so tat Singaporean prosecutors can correctly assign blame. The HMS is however constrained as concession maps are available on a case-by-case basis only. Indonesia has finally ratified the ATHP and this has renewed regional interest in the establishment of the ASEAN Coordinating Centre for Haze in Riau, which due to its location close to some of the most severe peatfires, is hoped to encourage more local ownership of the issue. However, Indonesia has announced that it needs at least another three years before a marked reduction of haze episodes.