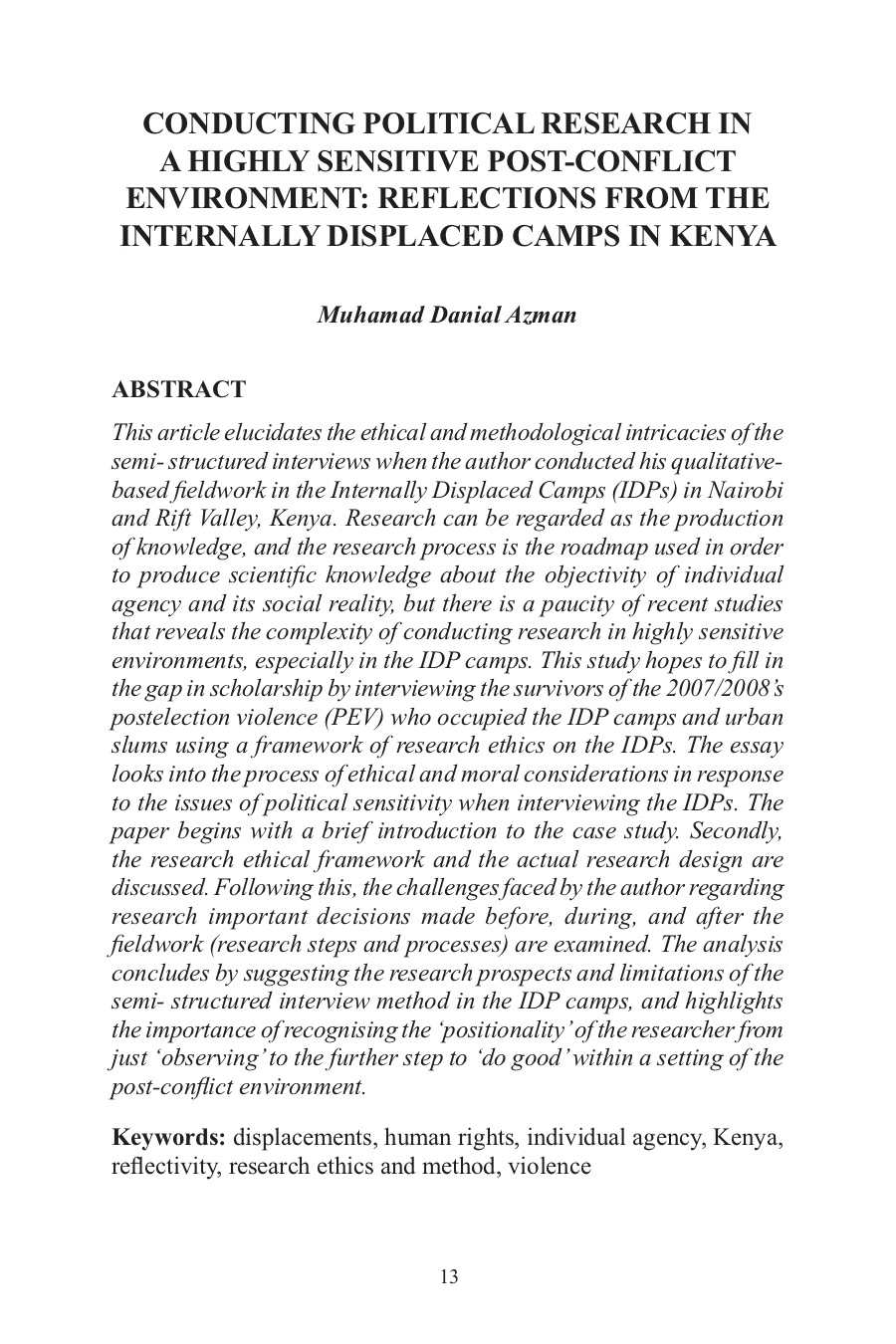 This article elucidates the ethical and methodological intricacies of the semi-structured interviews when the author conducted is qualitative-based fieldwork in the Internally Displaced Camps (IDPs) in Nairobi and Rift Valley, Kenya. Research can be regarded as the production of knowledge, and the research process is the roadmap used in order to produce scientific knowledge about the objectivity of individual agency and its social reality, but there is a paucity of recent studies that reveal the complexity of conducting research in highly sensitive environments, especially in the IDP camps. This study hopes to fill in the gap in scholarship by interviewing the survivors of the post-election violence (PEV) who occupied the IDP camps and urban slums using a framework of research ethics on the IDPs. The essay looks into the process of ethical and moral considerations in response to the issues of political sensitivity when interviewing the IDPs. The paper begins with a brief introduction to the case study. Secondly, the research ethical framework and the actual research design are discussed. Following this, the challenges faced by the author regarding research important decisions made before, during and after the fieldwork (research steps and processes) are examined. The analysis concludes by suggesting the research prospects and limitations of the semi-structured interview method in the IDP camps and highlights the importance of recognising the 'positionality' of the researcher from just 'observing' to the further step to 'do good' within a set of the post-conflict environment.