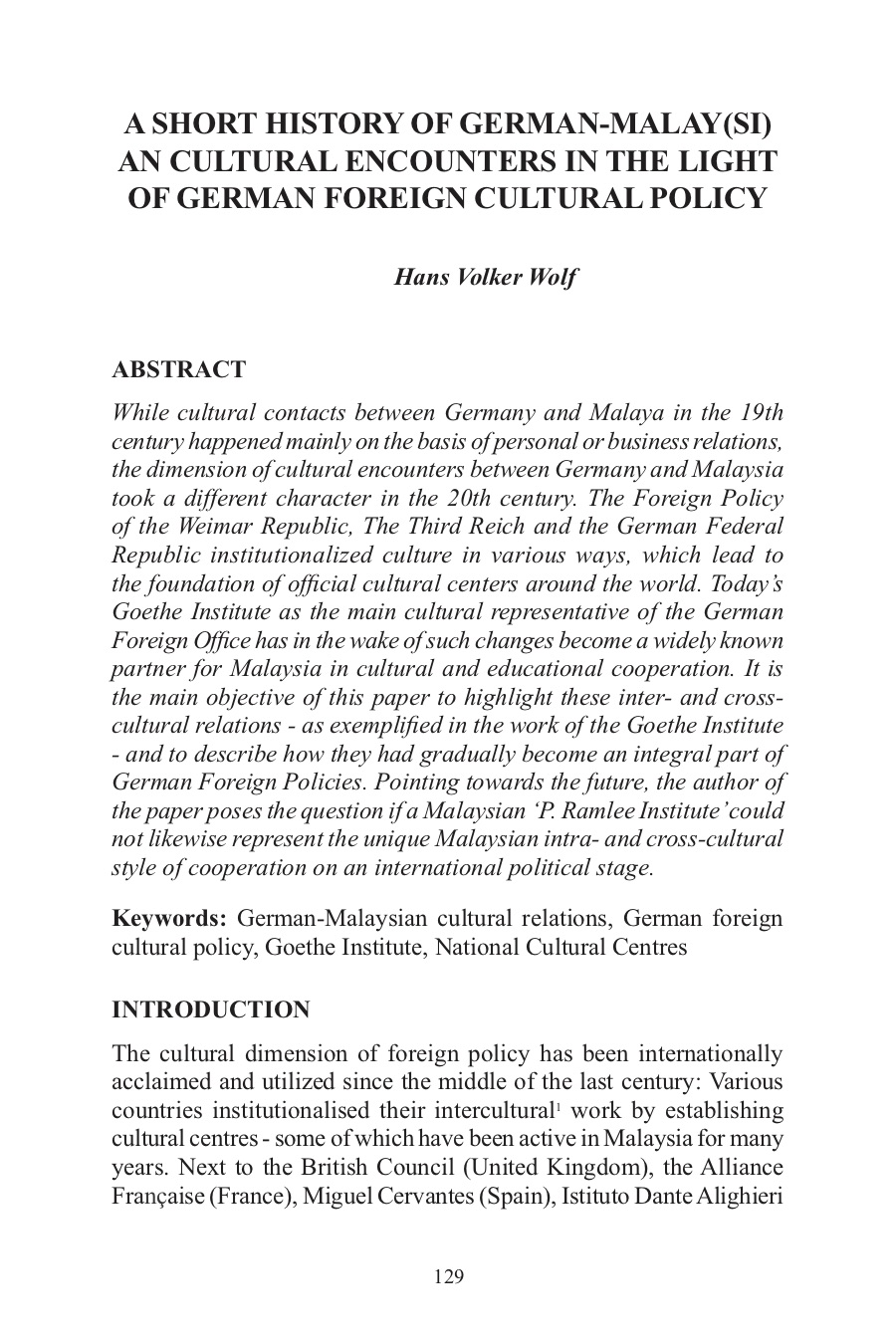 While cultural contacts between Germany and Malaya in the 19th century happened mainly on the basis of personal or business relations, the dimension of cultural encounters between Germany and Malaysia took a different character in the 20th century. The Foreign Policy of the Weimar Republic, The Third Reich and the German Federal Republic institutionalised culture in various ways, which lead to the foundation of official cultural centres around the world. Today’s Goethe Institute as the main cultural representative of the German Foreign Office has in the wake of such changes become a widely known partner for Malaysia in cultural and educational cooperation. It is the main objective of this paper to highlight these inter- and cross-cultural relations - as exemplified in the work of the Goethe Institute - and to describe how they had gradually become an integral part of German Foreign Policies. Pointing towards the future, the author of the paper poses the question if a Malaysian ‘P. Ramlee Institute’ could not likewise represent the unique Malaysian Intra- and cross-cultural style of cooperation on an international political stage.