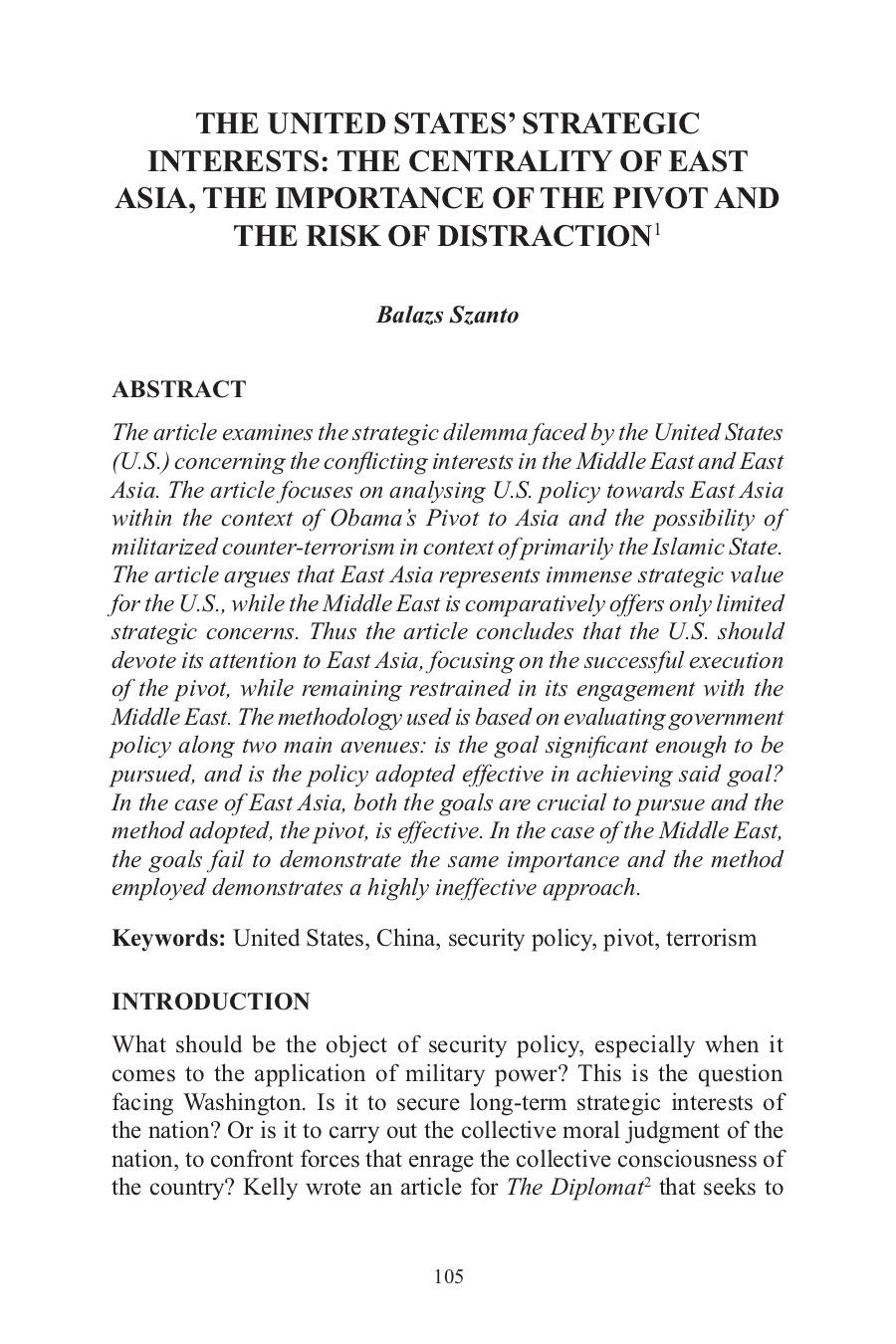 The article examines the strategic dilemma faced by the United States (U.S.) concerning the conflicting interests in the Middle East and East Asia. The article focuses on analysing U.S. policy towards East Asia within the context of Obama’s Pivot to Asia and the possibility of militarised counter-terrorism in the context of primarily the Islamic State. The article argues that East Asia represents immense strategic value for the U.S., while the Middle East comparatively offers only limited strategic concerns. Thus the article concludes that the U.S. should devote its attention to East Asia, focusing on the successful execution of the pivot, while remaining restrained in its engagement with the Middle East. The methodology used is based on evaluating government policy along two main avenues: is the goal significant enough to be pursued, and is the policy adopted effective in achieving said goal? In the case of East Asia, both the goals are crucial to pursuing and the method adopted, the pivot is effective. In the case of the Middle East, the goals fail to demonstrate the same importance and the method employed demonstrates a highly ineffective approach.