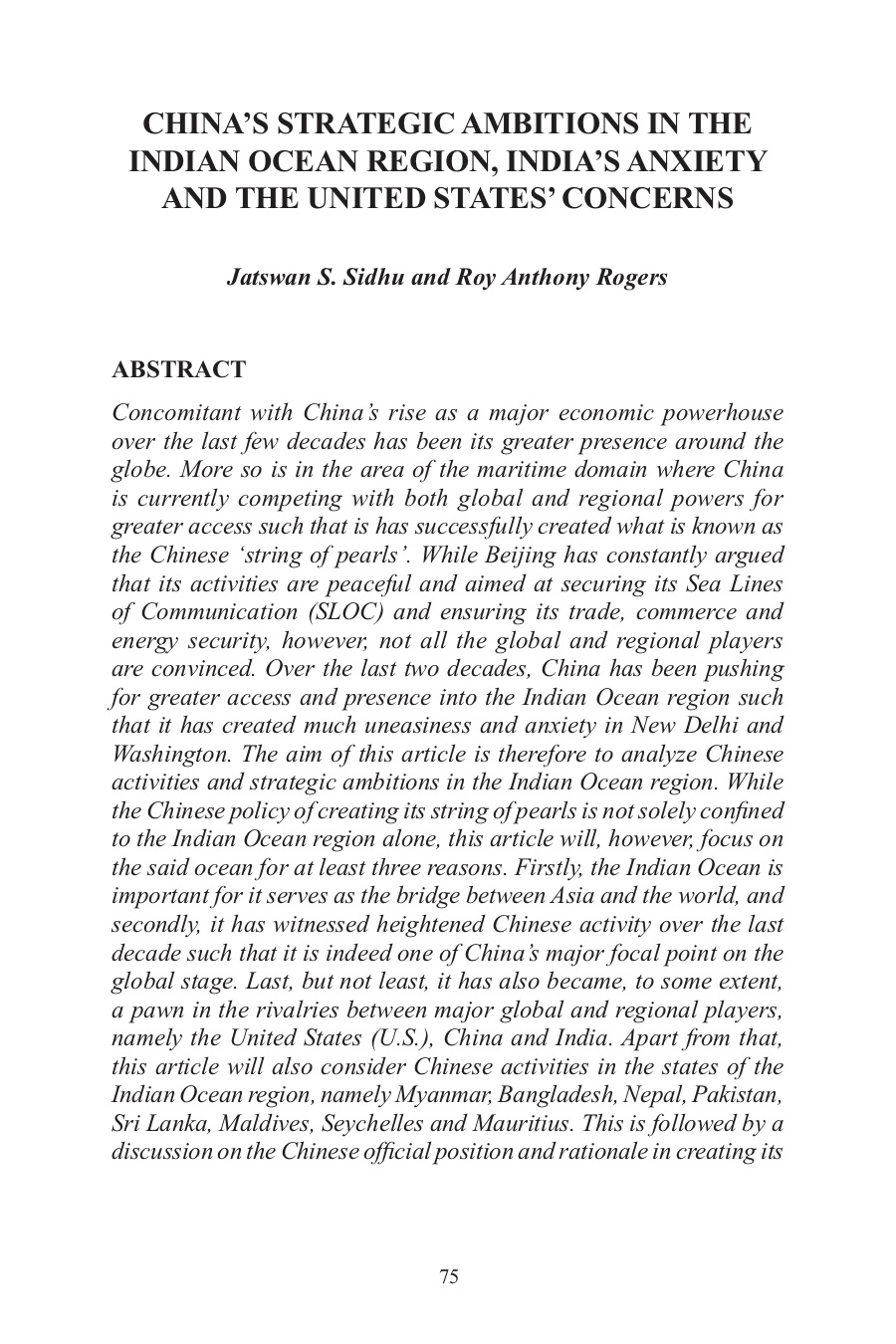 Concomitant with China’s rise as a major economic powerhouse over the last few decades has been its greater presence around the globe. More so is in the area of the maritime domain where China is currently competing with both global and regional powers for greater access such that is has successfully created what is known as the Chinese 'string of pearls’. While Beijing has constantly argued that its activities are peaceful and aimed at securing its Sea Lines of Communication (SLOC) and ensuring its trade, commerce and energy security, however, not all the global and regional players are convinced. Over the last two decades, China has been pushing for greater access and presence into the Indian Ocean region such that it has created much uneasiness and anxiety in New Delhi and Washington. The aim of this article is therefore to analyse Chinese activities and strategic ambitions in the Indian Ocean region. While the Chinese policy of creating its string of pearls is not solely confined to the Indian Ocean region alone, this article will, however, focus on the said ocean for at least three reasons. Firstly, the Indian Ocean is important for it serves as the bridge between Asia and the world, and secondly, it has witnessed heightened Chinese activity over the last decade such that it is indeed one of China’s major focal point on the global stage. Last, but not least, it has also become, to some extent, a pawn in the rivalries between major global and regional players, namely the United States, China and India. Apart from that, this article will also consider Chinese activities in the states of the Indian Ocean region, namely Myanmar, Bangladesh, Nepal, Pakistan, Sri Lanka, Maldives, Seychelles and Mauritius. This is followed by a discussion on the Chinese official position and rationale in creating its string of pearls in the Indian Ocean region. Further afield, the article will analyse the reaction from India as well as its growing uneasiness and anxiety towards Chinese activities in what it has long considered its own backyard. Last, but not least, this paper will also deliberate on the United States' perception and reaction to Chinese activities in the Indian Ocean region.