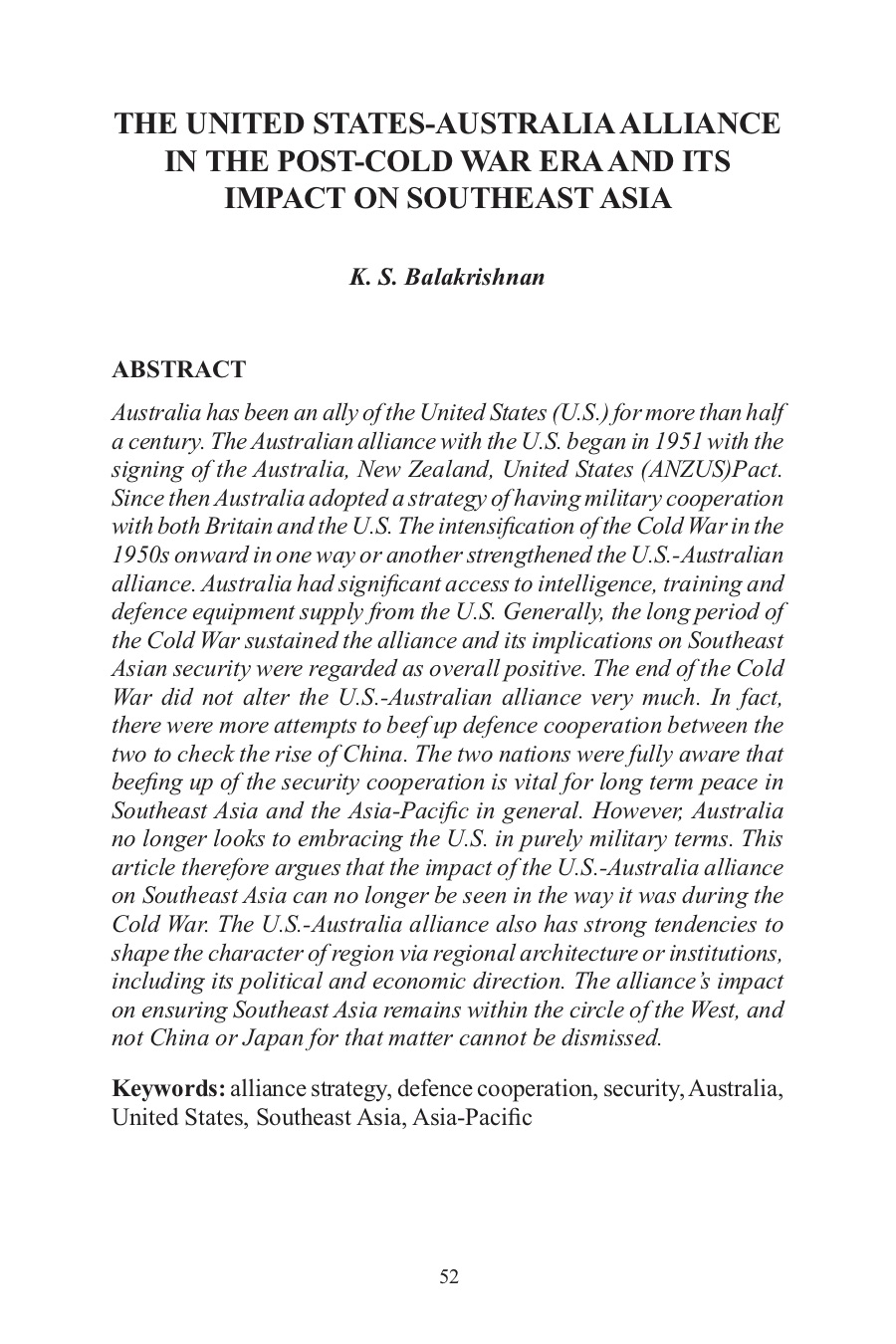 Australia has been an ally of the United States (U.S.) for more than half a century. The Australian alliance with the U.S. began in 1951 with the signing of the ANZUS (Australia, New Zealand, and the U.S.) Pact. Since then Australia adopted a strategy of having military cooperation with both Britain and the U.S. The intensification of the Cold War in the 1950s onward in one way or another strengthened the U.S.-Australian alliance. Australia had significant access to intelligence, training and defence equipment supply from the U.S. Generally, the long period of the Cold War sustained the alliance and its implications on Southeast Asian security were regarded as overall positive. The end of the Cold War did not alter the U.S.-Australian alliance very much. In fact, there were more attempts to beef up defence cooperation between the two to check the rise of China. The two nations were fully aware that beefing up of the security cooperation is vital for long-term peace in Southeast Asia and the Asia-Pacific in general. However, Australia no longer looks to embracing the U.S. in purely military terms. This article, therefore, argues that the impact of the U.S.-Australia alliance in Southeast Asia can no longer be seen in the way it was during the Cold War. The U.S.-Australia alliance also has strong tendencies to shape the character of the region via regional architecture or institutions, including its political and economic direction. The allianceÂ’s impact on ensuring Southeast Asia remains within the circle of the West, and not China or Japan for that matter cannot be dismissed.