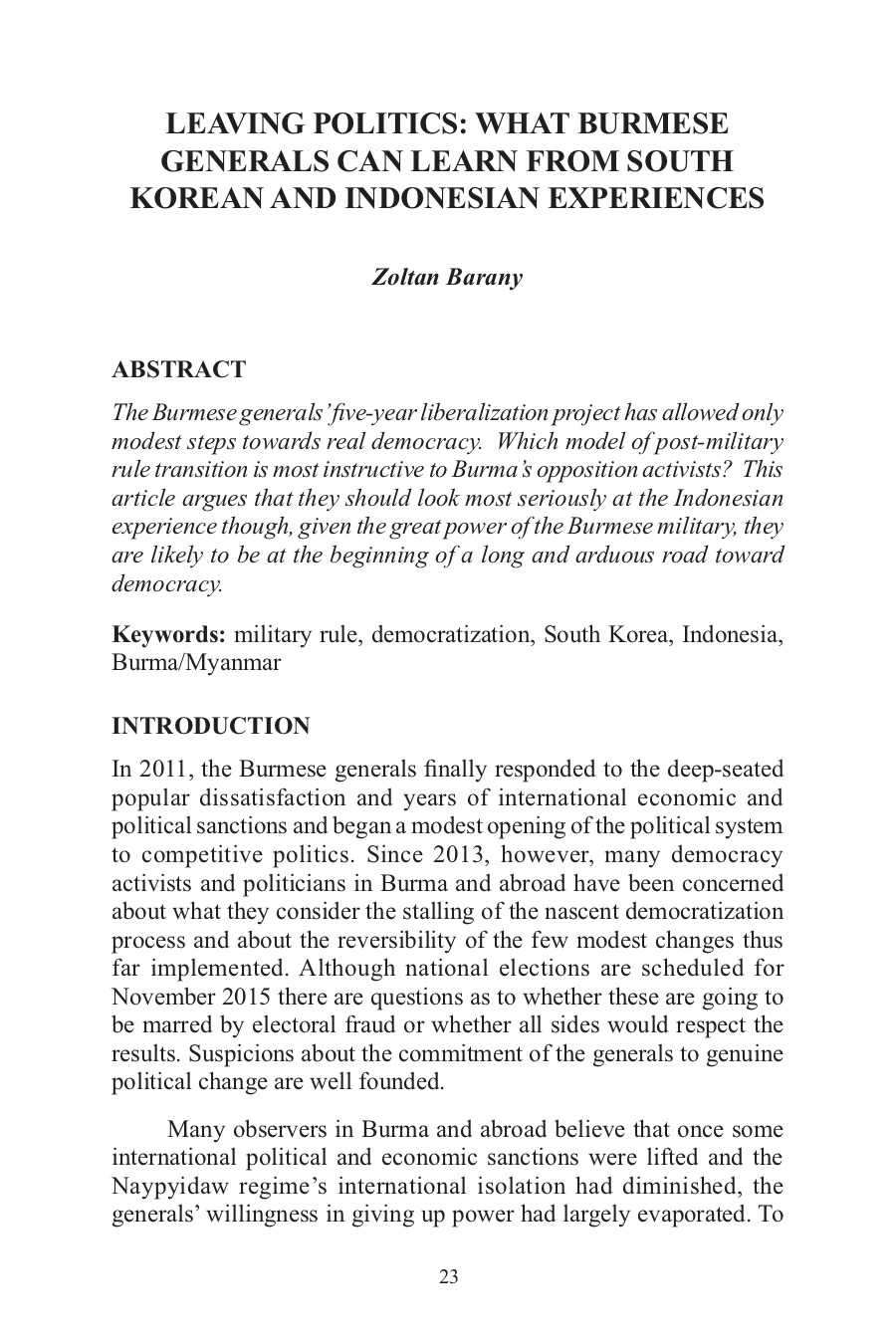 The Burmese generals’ five-year liberalisation project has allowed only modest steps towards real democracy. Which model of post-military rule transition is most instructive to Burma’s opposition activists? This article argues that they should look most seriously at the Indonesian experience though, given the great power of the Burmese military, they are likely to be at the beginning of a long and arduous road toward democracy.