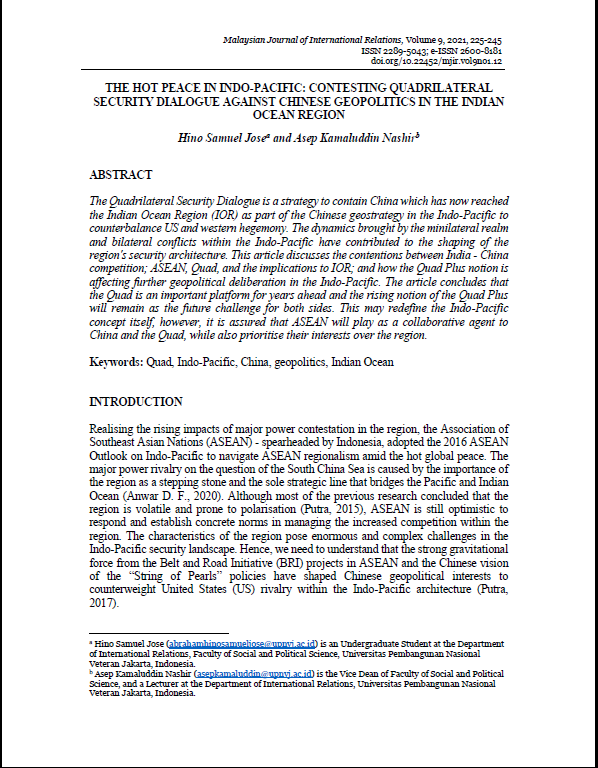 The Quadrilateral Security Dialogue is a strategy to contain China which has now reached the Indian Ocean Region (IOR) as part of the Chinese geostrategy in the Indo-Pacific to counterbalance US and western hegemony. The dynamics brought by the minilateral realm and bilateral conflicts within the Indo-Pacific have contributed to the shaping of the region's security architecture. This article discusses the contentions between India - China competition; ASEAN, Quad, and the implications to IOR; and how the Quad Plus notion is affecting further geopolitical deliberation in the Indo-Pacific. The article concludes that the Quad is an important platform for years ahead and the rising notion of the Quad Plus will remain as the future challenge for both sides. This may redefine the Indo-Pacific concept itself, however, it is assured that ASEAN will play as a collaborative agent to China and the Quad, while also prioritise their interests over the region.