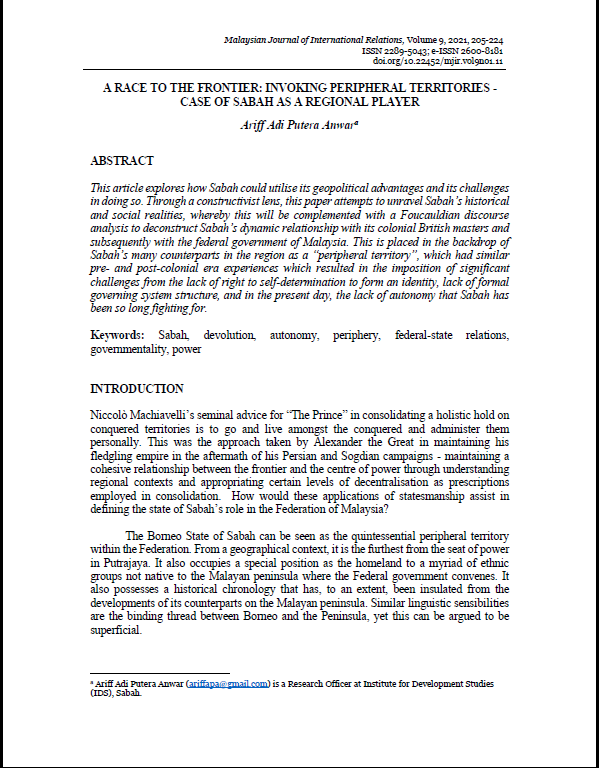 This article explores how Sabah could utilise its geopolitical advantages and its challenges in doing so. Through a constructivist lens, this paper attempts to unravel Sabah’s historical and social realities, whereby this will be complemented with a Foucauldian discourse analysis to deconstruct Sabah’s dynamic relationship with its colonial British masters and subsequently with the federal government of Malaysia. This is placed in the backdrop of Sabah’s many counterparts in the region as a “peripheral territory”, which had similar pre- and post-colonial era experiences which resulted in the imposition of significant challenges from the lack of right to self-determination to form an identity, lack of formal governing system structure, and in the present day, the lack of autonomy that Sabah has been so long fighting for.