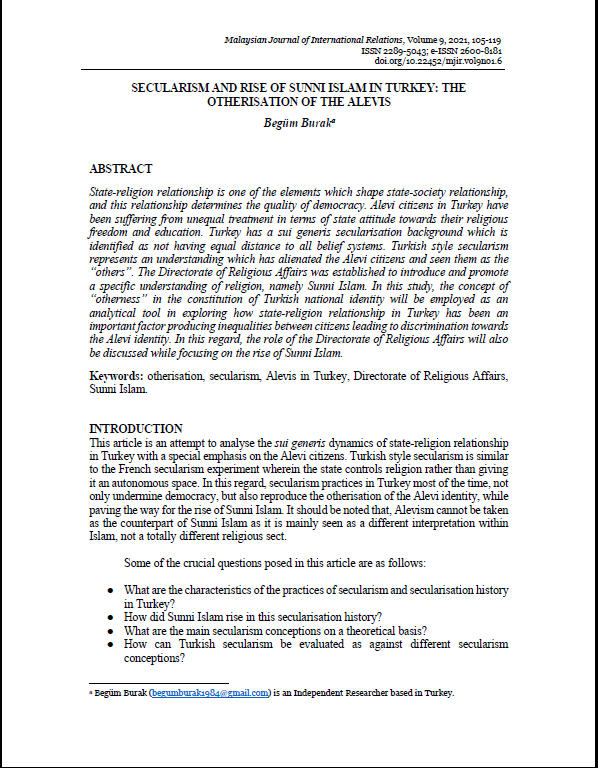 State-religion relationship is one of the elements which shape state-society relationship, and this relationship determines the quality of democracy. Alevi citizens in Turkey have been suffering from unequal treatment in terms of state attitude towards their religious freedom and education. Turkey has a sui generis secularisation background which is identified as not having equal distance to all belief systems. Turkish style secularism represents an understanding which has alienated the Alevi citizens and seen them as the “others”. The Directorate of Religious Affairs was established to introduce and promote a specific understanding of religion, namely Sunni Islam. In this study, the concept of “otherness” in the constitution of Turkish national identity will be employed as an analytical tool in exploring how state-religion relationship in Turkey has been an important factor producing inequalities between citizens leading to discrimination towards the Alevi identity. In this regard, the role of the Directorate of Religious Affairs will also be discussed while focusing on the rise of Sunni Islam.