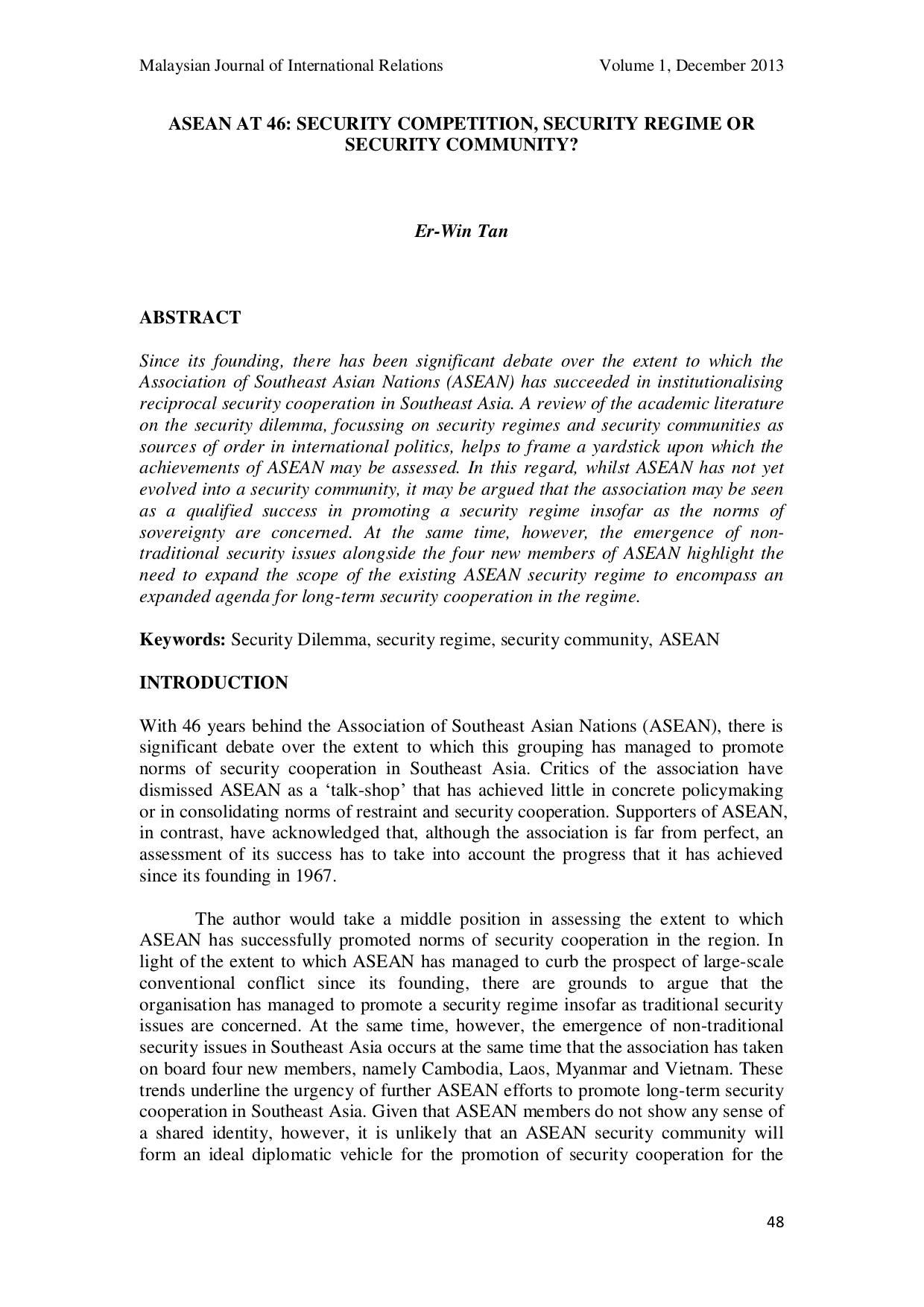 Since its founding, there has been significant debate over the extent to which the Association of Southeast Asian Nations (ASEAN) has succeeded in institutionalising reciprocal security cooperation in Southeast Asia. A review of the academic literature on the security dilemma, focussing on security regimes and security communities as sources of order in international politics, helps to frame a yardstick upon which the achievements of ASEAN may be assessed. In this regard, whilst ASEAN has not yet evolved into a security community, it may be argued that the association may be seen as a qualified success in promoting a security regime insofar as the norms of sovereignty are concerned. At the same time, however, the emergence of non-traditional security issues alongside the four new members of ASEAN highlight the need to expand the scope of the existing ASEAN security regime to encompass an expanded agenda for long-term security cooperation in the regime.