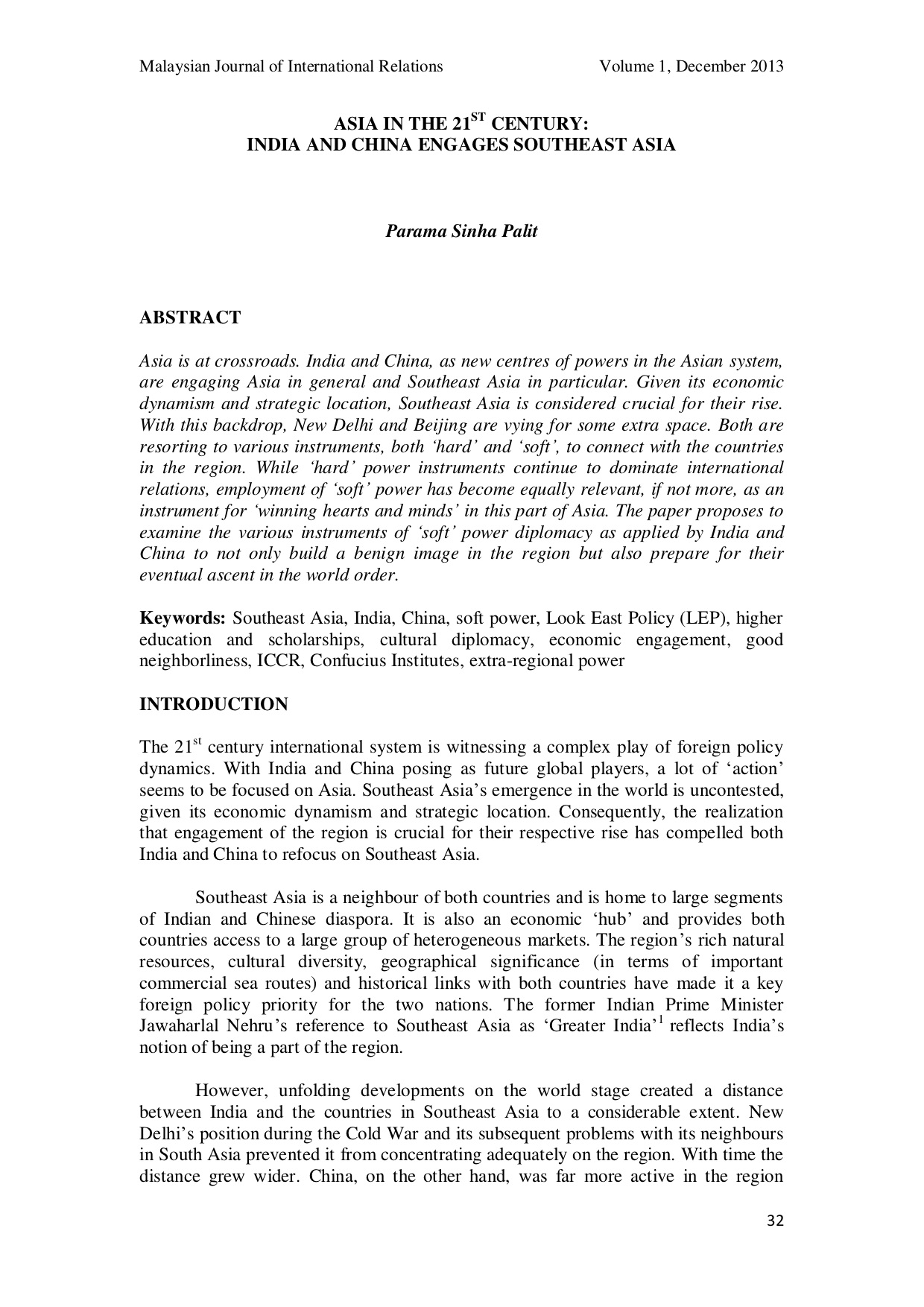 Asia is at crossroads. India and China, as new centres of powers in the Asian system, are engaging Asia in general and Southeast Asia in particular. Given its economic dynamism and strategic location, Southeast Asia is considered crucial for their rise. With this backdrop, New Delhi and Beijing are vying for some extra space. Both are resorting to various instruments, both 'hard' and 'soft', to connect with the countries in the region. While ?hard? power instruments continue to dominate international relations, employment of ?soft? power has become equally relevant, if not more, as an instrument for ?winning hearts and minds? in this part of Asia. The paper proposes to examine the various instruments of ?soft? power diplomacy as applied by India and China to not only build a benign image in the region but also prepare for their eventual ascent in the world order.