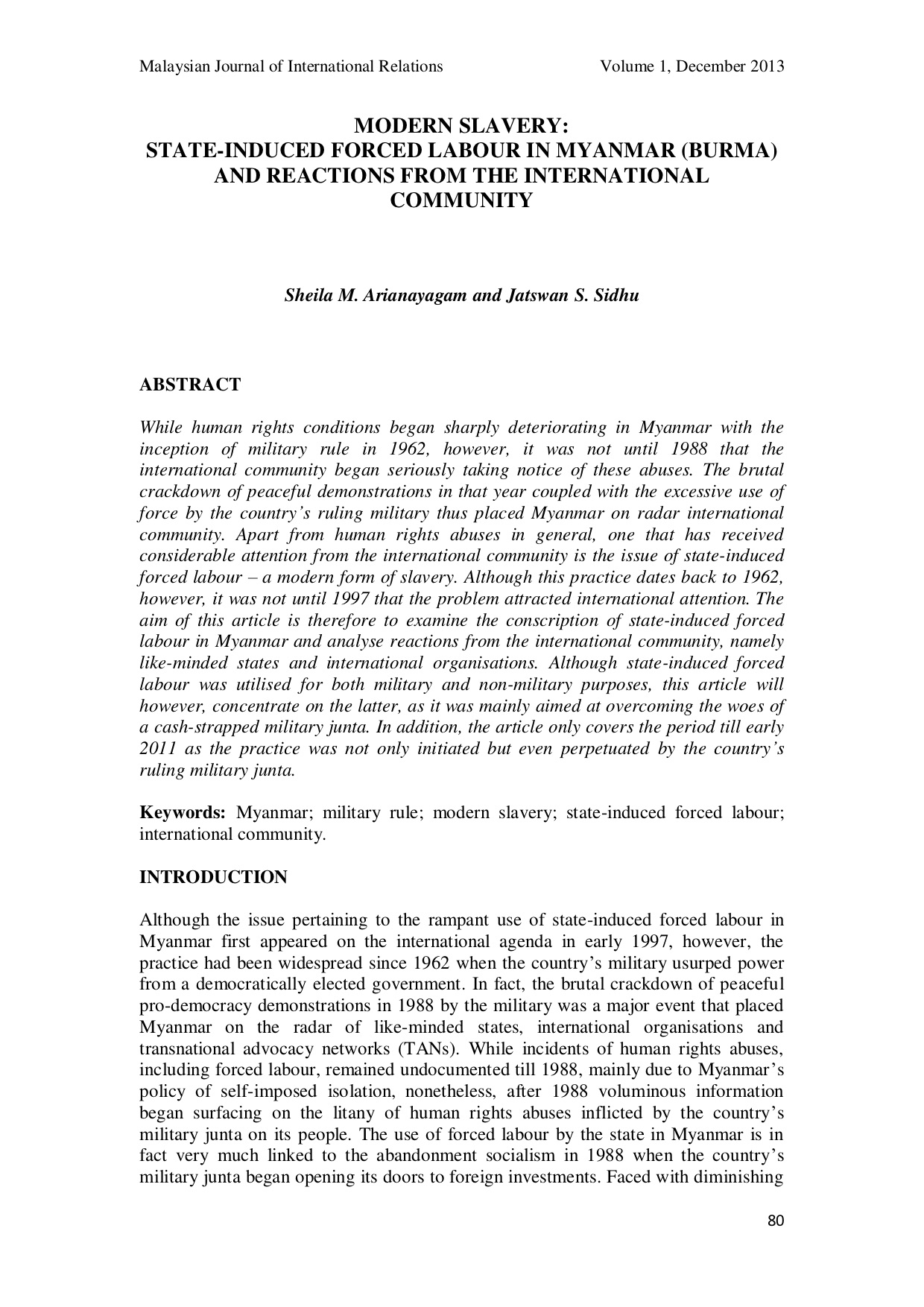 While human rights conditions began sharply deteriorating in Myanmar with the inception of military rule in 1962, however, it was not until 1988 that the international community began seriously taking notice of these abuses. The brutal crackdown of peaceful demonstrations in that year coupled with the excessive use of force by the country’s ruling military thus placed Myanmar on radar international community. Apart from human rights abuses in general, one that has received considerable attention from the international community is the issue of state-induced forced labour? a modern form of slavery. Although this practice dates back to 1962, however, it was not until 1997 that the problem attracted international attention. The aim of this article is, therefore, to examine the conscription of state-induced forced labour in Myanmar and analyse reactions from the international community, namely like-minded states and international organisations. Although state-induced forced labour was utilised for both military and non-military purposes, this article will, however, concentrate on the latter, as it was mainly aimed at overcoming the woes of a cash-strapped military junta. In addition, the article only covers the period till early 2011 as the practice was not only initiated but even perpetuated by the country’s ruling military junta.