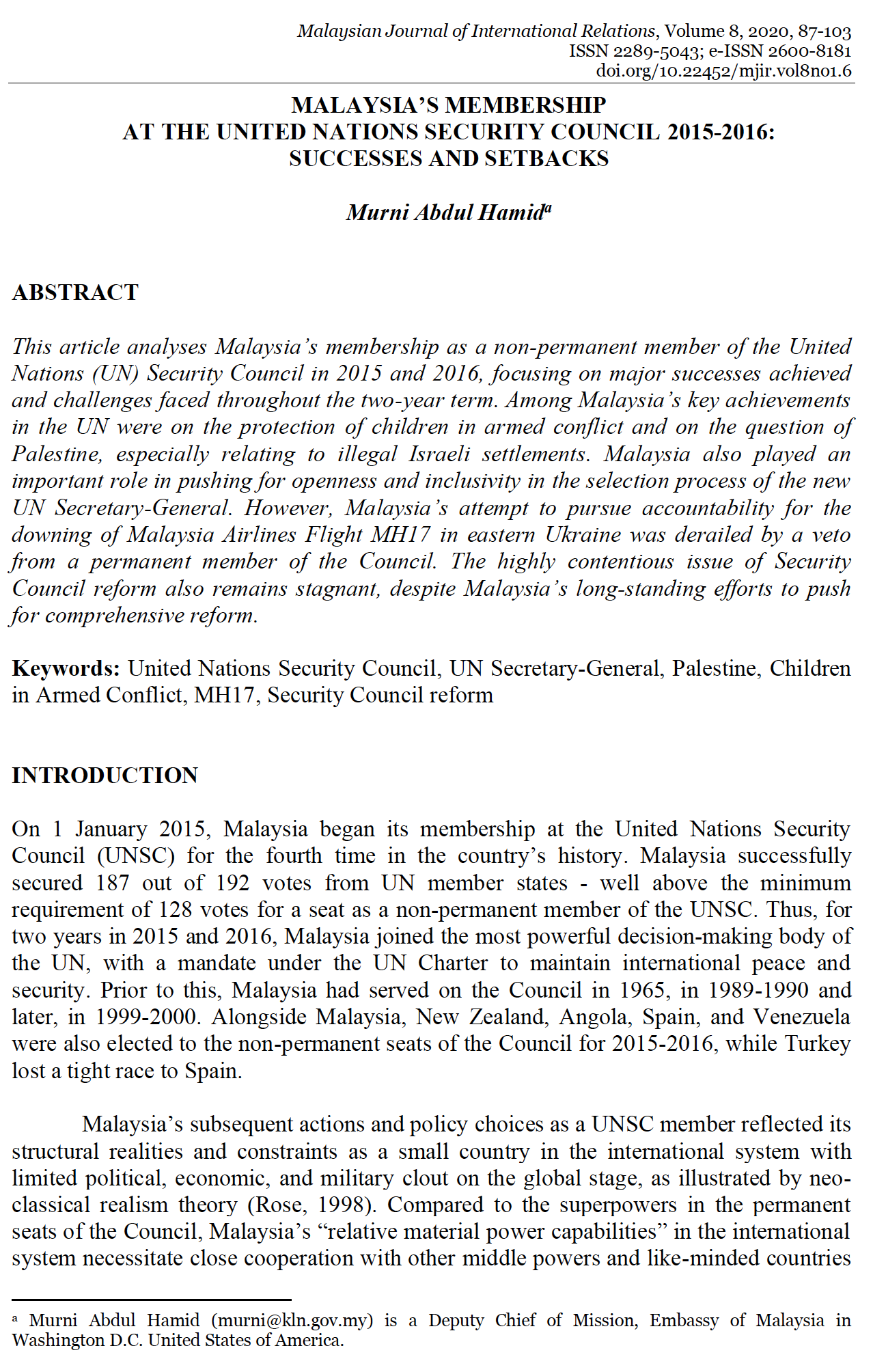 This article analyses Malaysia’s membership as a non-permanent member of the United Nations (UN) Security Council in 2015 and 2016, focusing on major successes achieved and challenges faced throughout the two-year term. Among Malaysia’s key achievements in the UN were on the protection of children in armed conflict and on the question of Palestine, especially relating to illegal Israeli settlements. Malaysia also played an important role in pushing for openness and inclusivity in the selection process of the new UN Secretary-General. However, Malaysia’s attempt to pursue accountability for the downing of Malaysia Airlines Flight MH17 in eastern Ukraine was derailed by a veto from a permanent member of the Council. The highly contentious issue of Security Council reform also remains stagnant, despite Malaysia’s long-standing efforts to push for comprehensive reform.