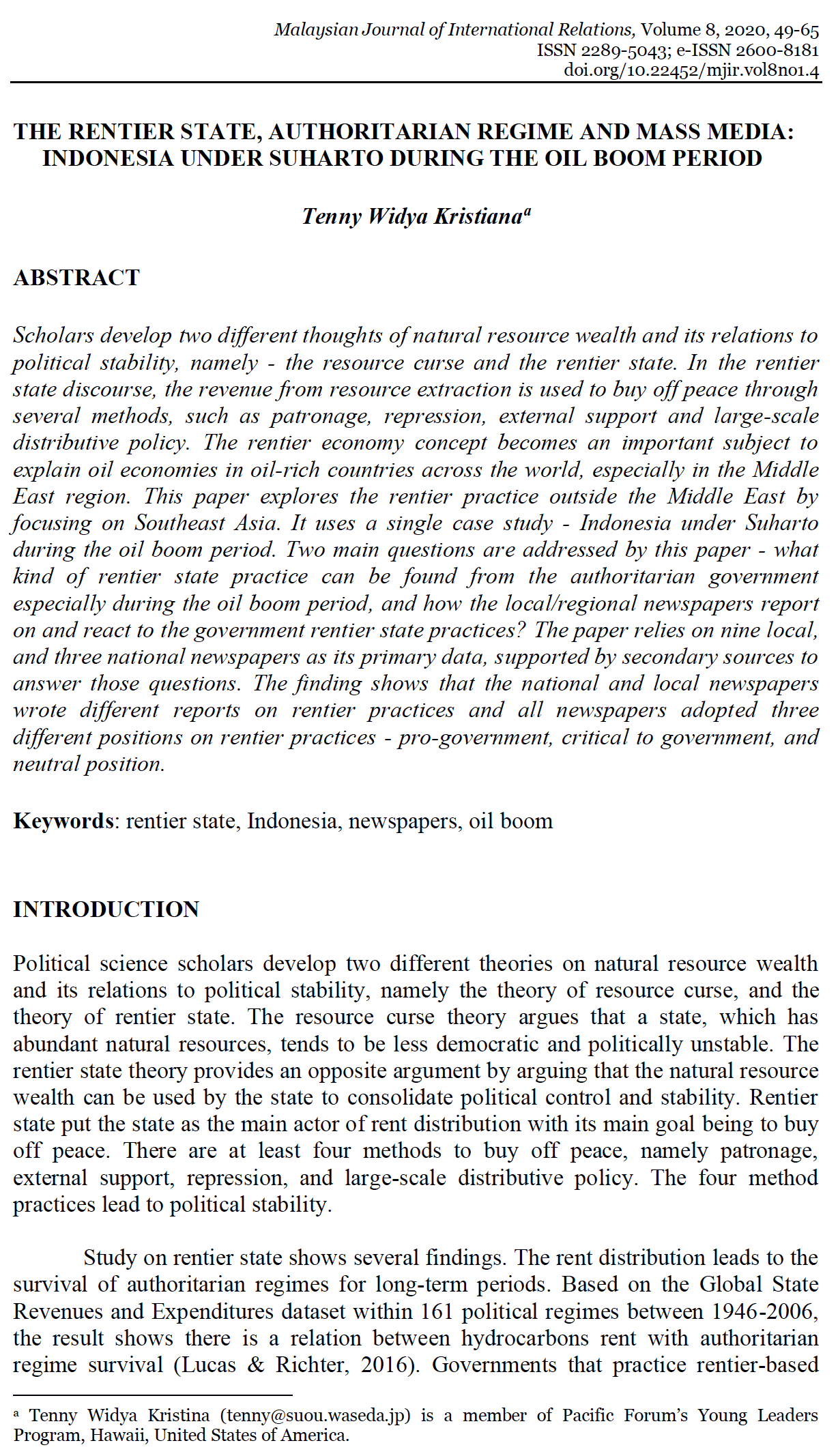 Scholars develop two different thoughts of natural resource wealth and its relations to political stability, namely - the resource curse and the rentier state. In the rentier state discourse, the revenue from resource extraction is used to buy off peace through several methods, such as patronage, repression, external support and large-scale distributive policy. The rentier economy concept becomes an important subject to explain oil economies in oil-rich countries across the world, especially in the Middle East region. This paper explores the rentier practice outside the Middle East by focusing on Southeast Asia. It uses a single case study - Indonesia under Suharto during the oil boom period. Two main questions are addressed by this paper - what kind of rentier state practice can be found from the authoritarian government especially during the oil boom period, and how the local/regional newspapers report on and react to the government rentier state practices? The paper relies on nine local, and three national newspapers as its primary data, supported by secondary sources to answer those questions. The finding shows that the national and local newspapers wrote different reports on rentier practices and all newspapers adopted three different positions on rentier practices - pro-government, critical to government, and neutral position.