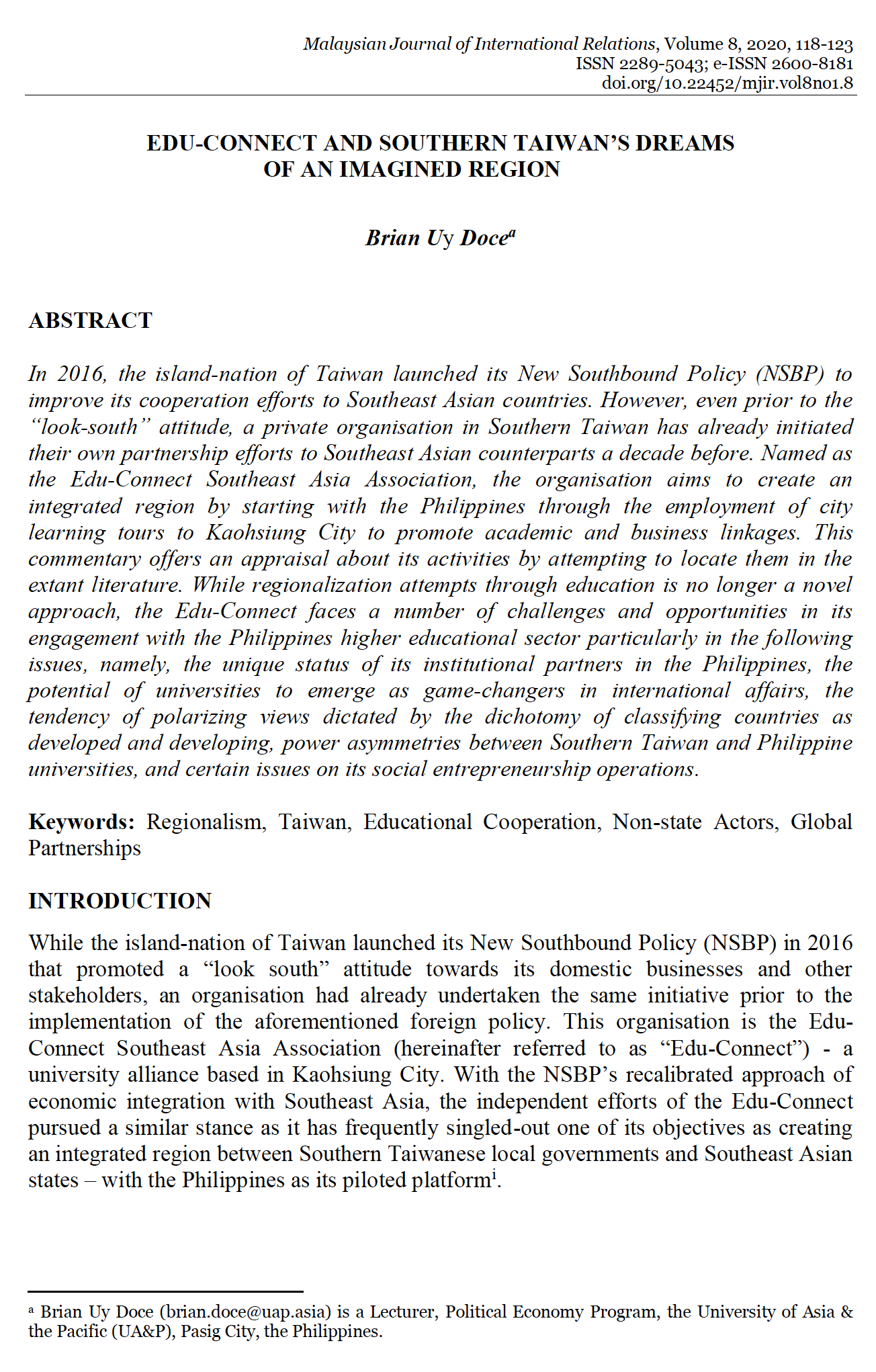 In 2016, the island-nation of Taiwan launched its New Southbound Policy (NSBP) to improve its cooperation efforts to Southeast Asian countries. However, even prior to the â€œlook-southâ€ attitude, a private organisation in Southern Taiwan has already initiated their own partnership efforts to Southeast Asian counterparts a decade before. Named as the Edu-Connect Southeast Asia Association, the organisation aims to create an integrated region by starting with the Philippines through the employment of city learning tours to Kaohsiung City to promote academic and business linkages. This commentary offers an appraisal about its activities by attempting to locate them in the extant literature. While regionalization attempts through education is no longer a novel approach, the Edu-Connect faces a number of challenges and opportunities in its engagement with the Philippines higher educational sector particularly in the following issues, namely, the unique status of its institutional partners in the Philippines, the potential of universities to emerge as game-changers in international affairs, the tendency of polarizing views dictated by the dichotomy of classifying countries as developed and developing, power asymmetries between Southern Taiwan and Philippine universities, and certain issues on its social entrepreneurship operations.