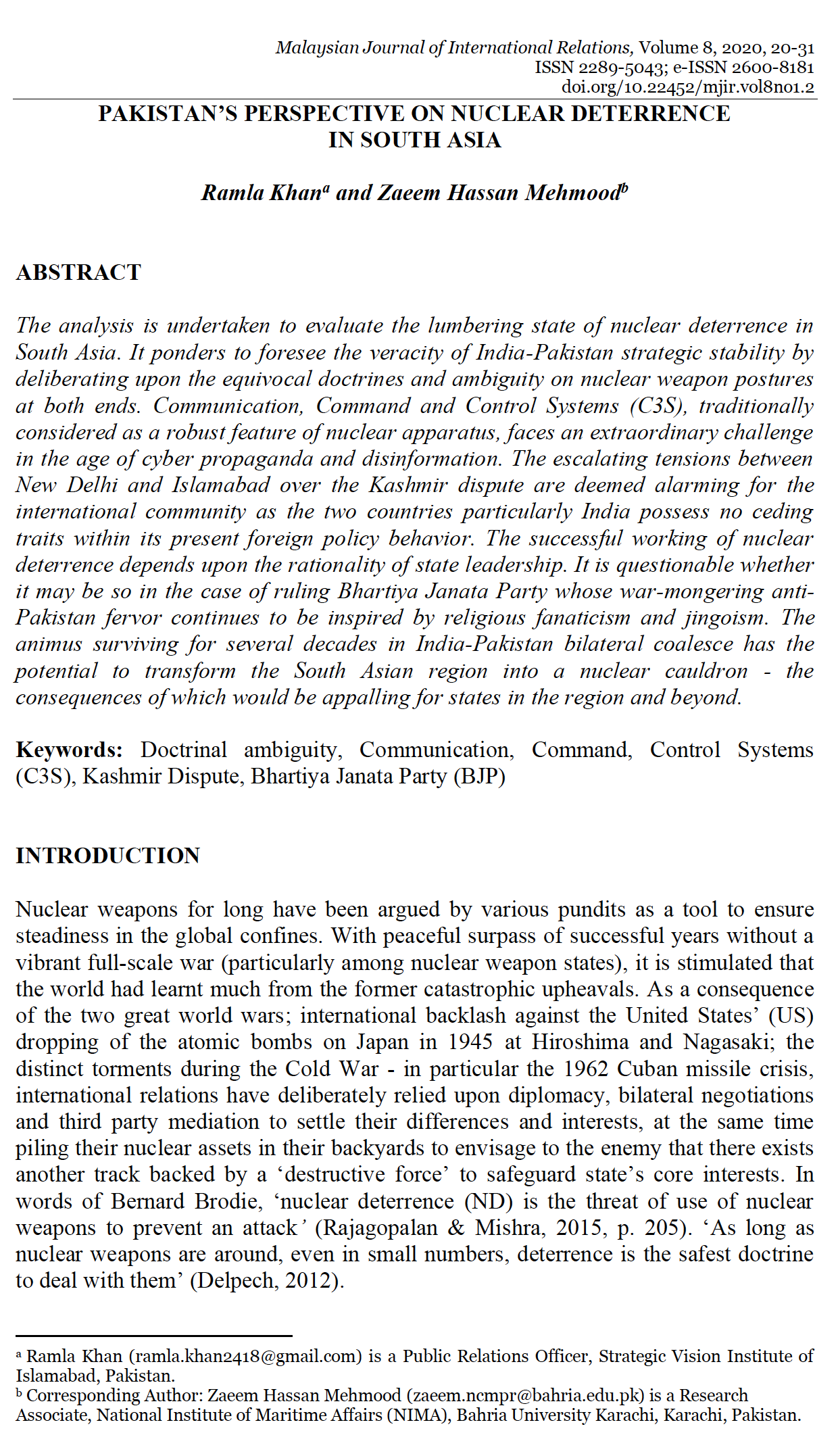 The analysis is undertaken to evaluate the lumbering state of nuclear deterrence in South Asia. It ponders to foresee the veracity of India-Pakistan strategic stability by deliberating upon the equivocal doctrines and ambiguity on nuclear weapon postures at both ends. Communication, Command and Control Systems (C3S), traditionally considered as a robust feature of nuclear apparatus, faces an extraordinary challenge in the age of cyber propaganda and disinformation. The escalating tensions between New Delhi and Islamabad over the Kashmir dispute are deemed alarming for the international community as the two countries particularly India possess no ceding traits within its present foreign policy behaviour. The successful working of nuclear deterrence depends upon the rationality of state leadership. It is questionable whether it may be so in the case of ruling Bhartiya Janata Party whose war-mongering anti-Pakistan fervour continues to be inspired by religious fanaticism and jingoism. The animus surviving for several decades in India-Pakistan bilateral coalesce has the potential to transform the South Asian region into a nuclear cauldron - the consequences of which would be appalling for states in the region and beyond.

Mr. Zaeem Hassan Mehmood is serving as Research Associate at National Institute of Maritime Affairs (NIMA), Bahria University Karachi. He is an alumnus of the prestigious National Defence University (NDU), Islamabad. He has given lectures at National Defence University and Bahria University on contemporary security and strategy. Mr. Zaeem is Associate Editor for Maritime Watch â€“ Monthly News Digest of Pakistan. Additionally, he also serves as a reviewer for Sustainability Journal Collection, Common Ground Research Networks based in University of Illinois, USA and has been the Guest Editor for the Special Issue on Security Threats and Challenges of Modern World of the Humanities and Social Sciences Journal, New York, USA.