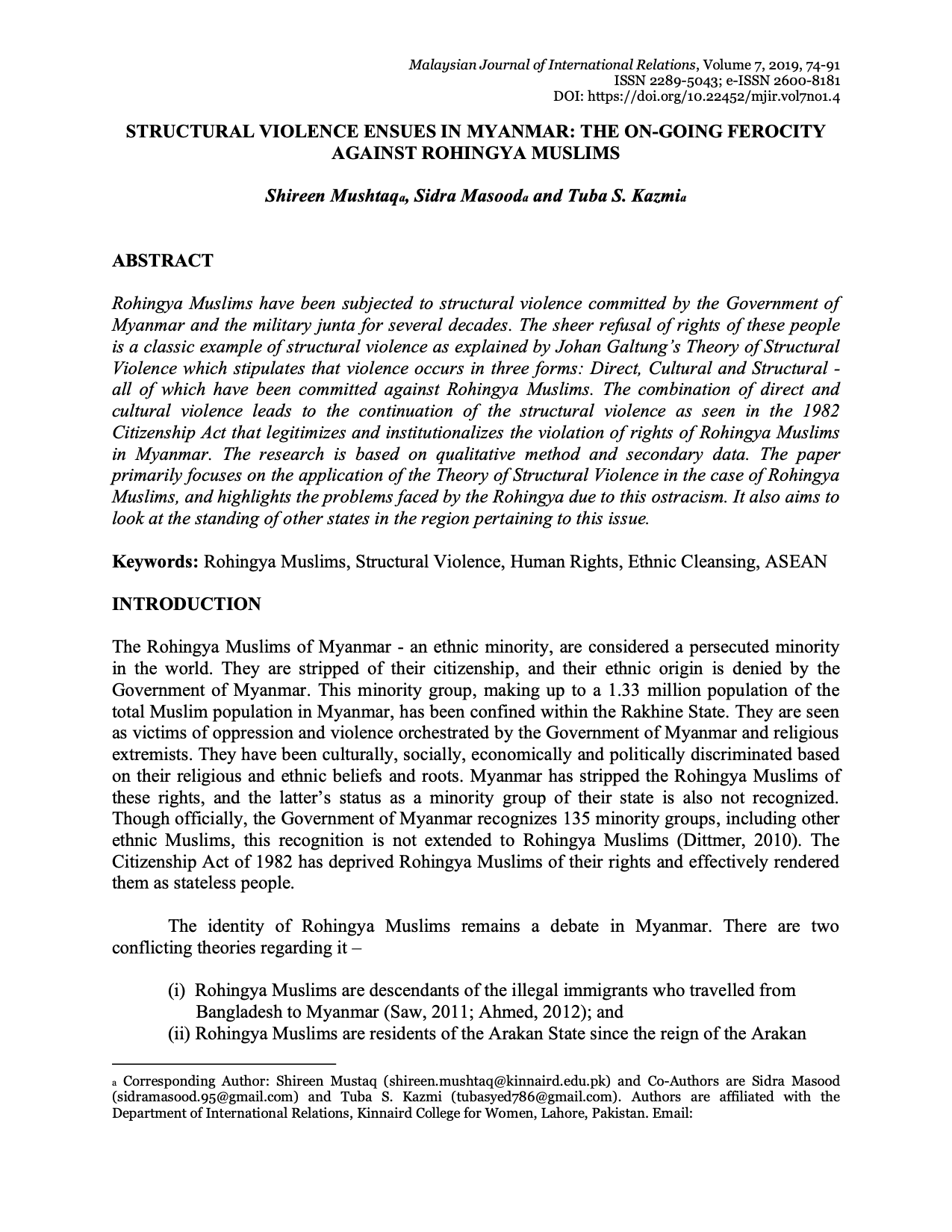 Rohingya Muslims have been subjected to structural violence committed by the Government of Myanmar and the military junta for several decades. The sheer refusal of rights of these people is a classic example of structural violence as explained by Johan Galtung’s Theory of Structural Violence which stipulates that violence occurs in three forms: Direct, Cultural and Structural - all of which have been committed against Rohingya Muslims. The combination of direct and cultural violence leads to the continuation of the structural violence as seen in the 1982 Citizenship Act that legitimizes and institutionalizes the violation of rights of Rohingya Muslims in Myanmar. The research is based on the qualitative method and secondary data. The paper primarily focuses on the application of the Theory of Structural Violence in the case of Rohingya Muslims and highlights the problems faced by the Rohingya due to this ostracism. It also aims to look at the standing of other states in the region pertaining to this issue.