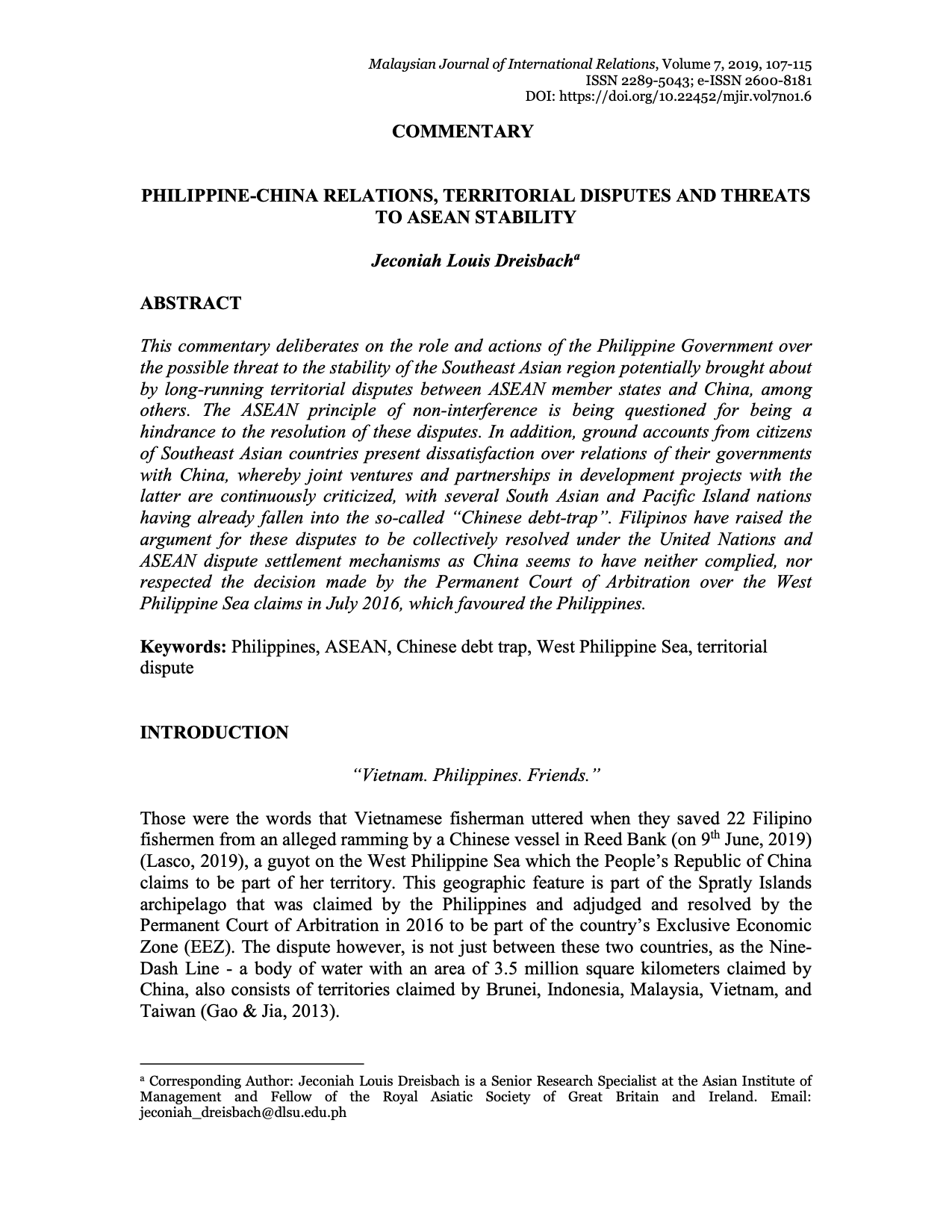 This commentary deliberates on the role and actions of the Philippine Government over the possible threat to the stability of the Southeast Asian region potentially brought about by long-running territorial disputes between ASEAN member states and China, among others. The ASEAN principle of non-interference is being questioned for being a hindrance to the resolution of these disputes. In addition, ground accounts from citizens of Southeast Asian countries present dissatisfaction over relations of their governments with China, whereby joint ventures and partnerships in development projects with the latter are continuously criticized, with several South Asian and Pacific Island nations had already fallen into the so-called â€œChinese debt-trapâ€. Filipinos have raised the argument for these disputes to be collectively resolved under the United Nations and ASEAN dispute settlement mechanisms as China seems to have neither complied nor respected the decision made by the Permanent Court of Arbitration over the West Philippine Sea claims in July 2016, which favoured the Philippines.