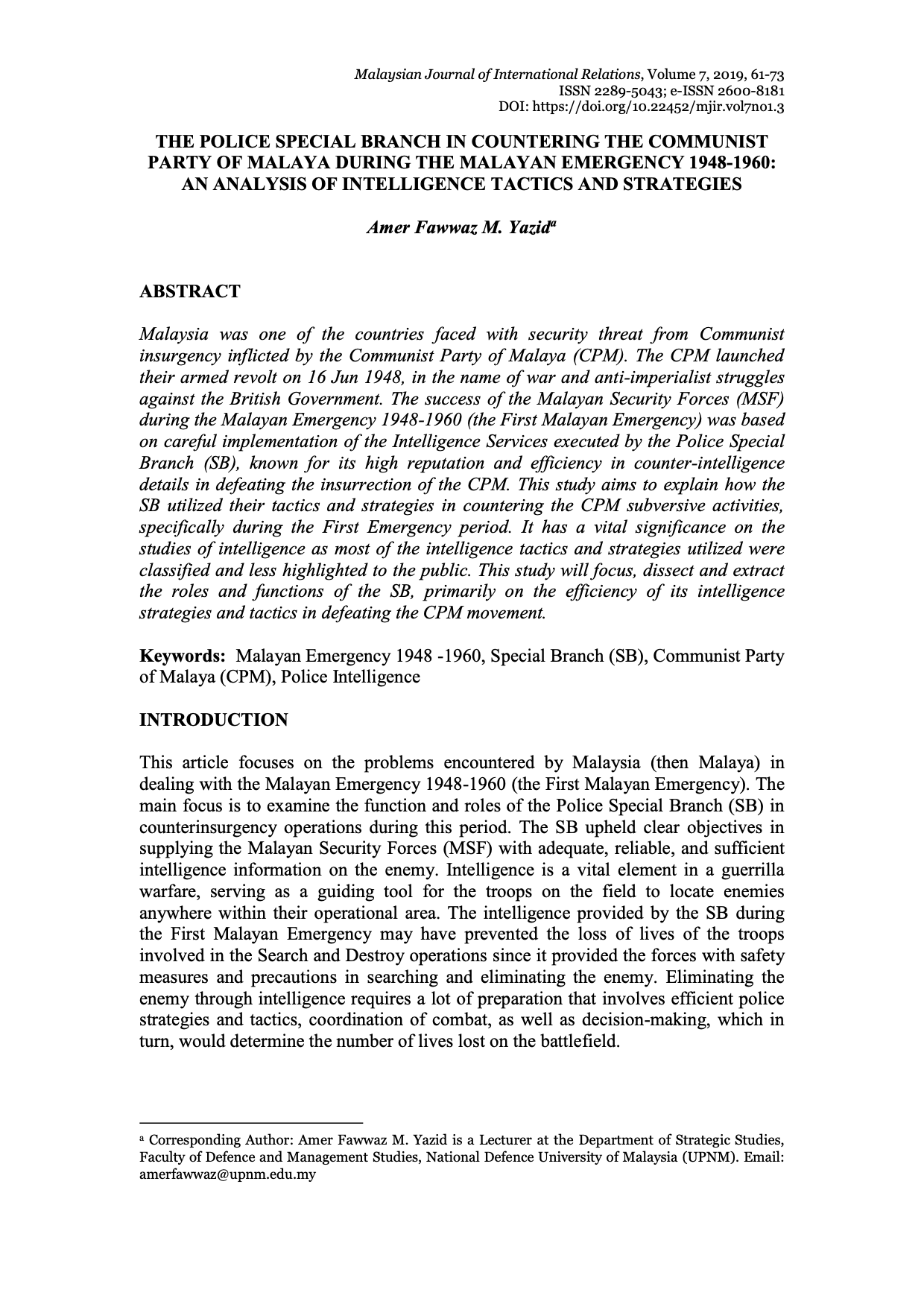 Malaysia was one of the countries faced with the security threat from Communist insurgency inflicted by the Communist Party of Malaya (CPM). The CPM launched their armed revolt on 16 Jun 1948, in the name of war and anti-imperialist struggles against the British Government. The success of the Malayan Security Forces (MSF) during the Malayan Emergency 1948-1960 (the First Malayan Emergency) was based on the careful implementation of the Intelligence Services executed by the Police Special Branch (SB), known for its high reputation and efficiency in counter-intelligence details in defeating the insurrection of the CPM. This study aims to explain how the SB utilized their tactics and strategies in countering the CPM subversive activities, specifically during the First Emergency period. It has a vital significance on the studies of intelligence as most of the intelligence tactics and strategies utilized were classified and less highlighted to the public. This study will focus, dissect and extract the roles and functions of the SB, primarily on the efficiency of its intelligence strategies and tactics in defeating the CPM movement.