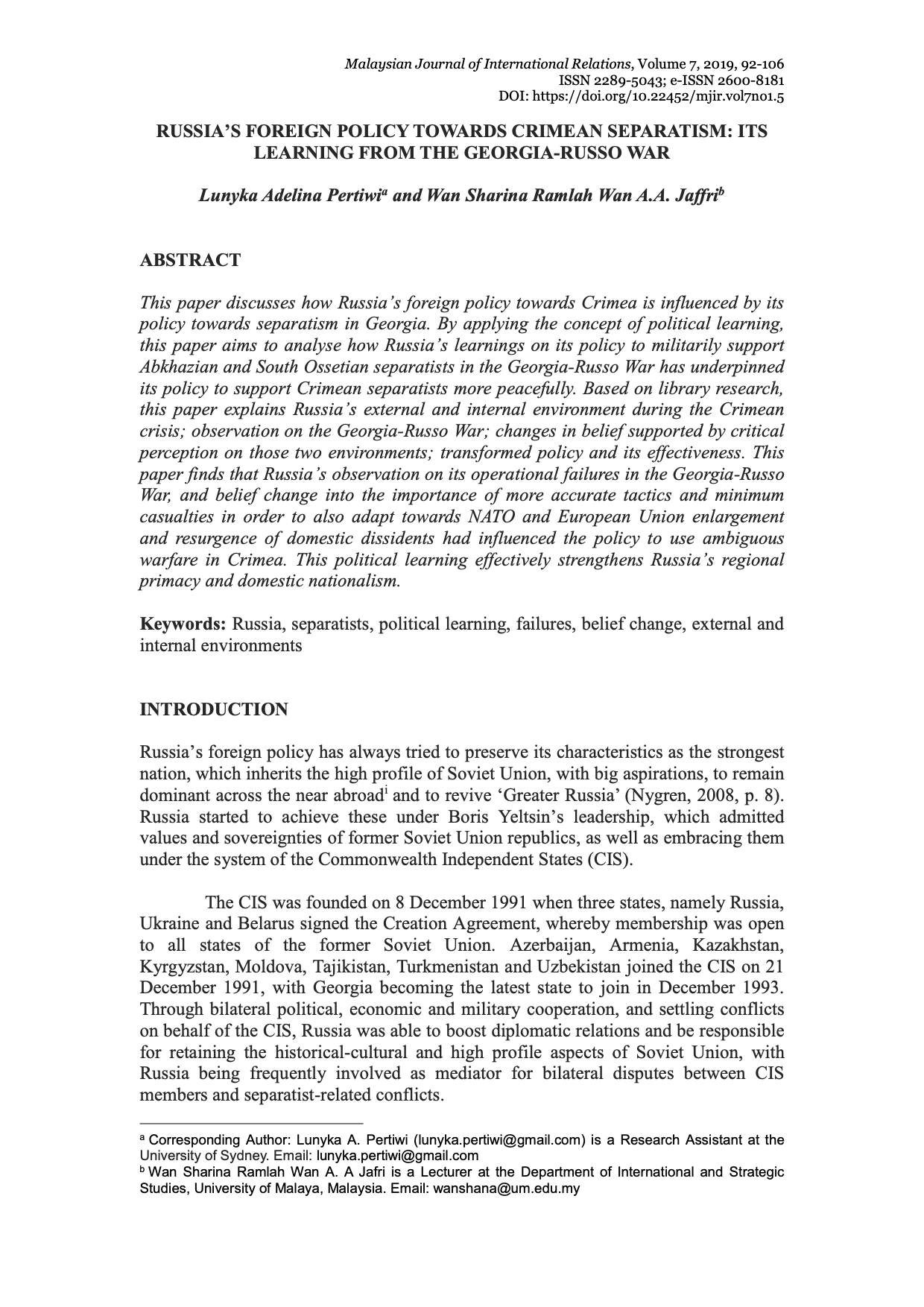 This paper discusses how Russia’s foreign policy towards Crimea is influenced by its policy towards separatism in Georgia. By applying the concept of political learning, this paper aims to analyse how Russia’s learnings on its policy to militarily support Abkhazian and South Ossetian separatists in the Georgia-Russo War has underpinned its policy to support Crimean separatists more peacefully. Based on library research, this paper explains Russia’s external and internal environment during the Crimean crisis; observation on the Georgia-Russo War; changes in belief supported by critical perception on those two environments; transformed policy and its effectiveness. This paper finds that Russia’s observation on its operational failures in the Georgia-Russo War, and belief change into the importance of more accurate tactics and minimum casualties in order to also adapt towards NATO and European Union enlargement and resurgence of domestic dissidents had influenced the policy to use ambiguous warfare in Crimea. This political learning effectively strengthens Russia’s regional primacy and domestic nationalism.