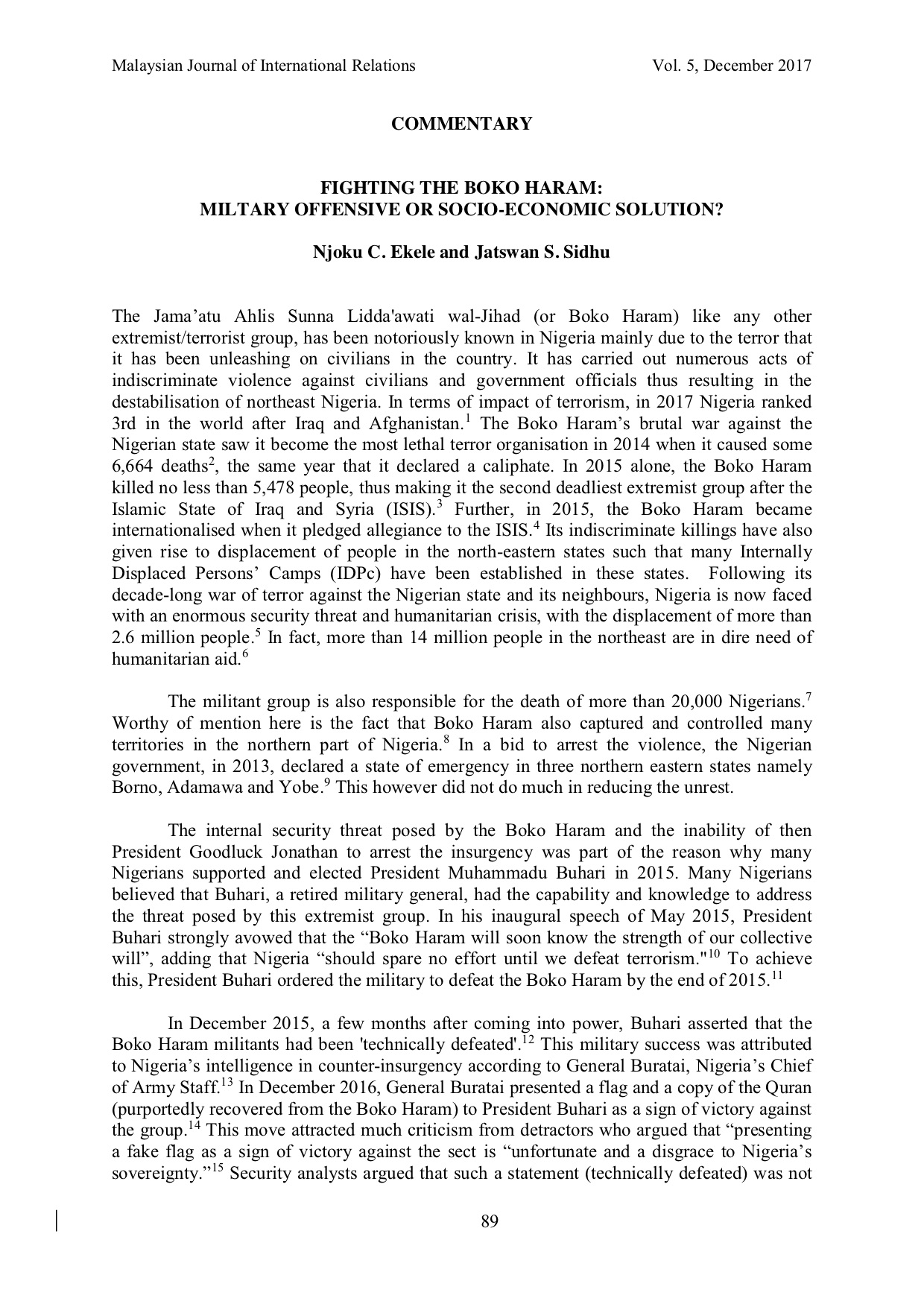 The Jama’atu Ahlis Sunna Lidda'awati wal-Jihad (or Boko Haram) like any other extremist/terrorist group, has been notoriously known in Nigeria mainly due to the terror that it has been unleashing on civilians in the country. It has carried out numerous acts of indiscriminate violence against civilians and government officials thus resulting in the destabilisation of northeast Nigeria. In terms of the impact of terrorism, in 2017 Nigeria ranked 3rd in the world after Iraq and Afghanistan.1 The Boko Haram’s brutal war against the Nigerian state saw it become the most lethal terror organisation in 2014 when it caused some 6,664 deaths2, the same year that it declared a caliphate. In 2015 alone, the Boko Haram killed no less than 5,478 people, thus making it the second deadliest extremist group after the Islamic State of Iraq and Syria (ISIS).3 Further, in 2015, the Boko Haram became internationalised when it pledged allegiance to the ISIS.4 Its indiscriminate killings have also given rise to a displacement of people in the north-eastern states such that many Internally Displaced Persons’ Camps (IDPs) have been established in these states. Following its decade-long war of terror against the Nigerian state and its neighbours, Nigeria is now faced with an enormous security threat and humanitarian crisis, with the displacement of more than 2.6 million people.5 In fact, more than 14 million people in the northeast are in dire need of humanitarian aid.