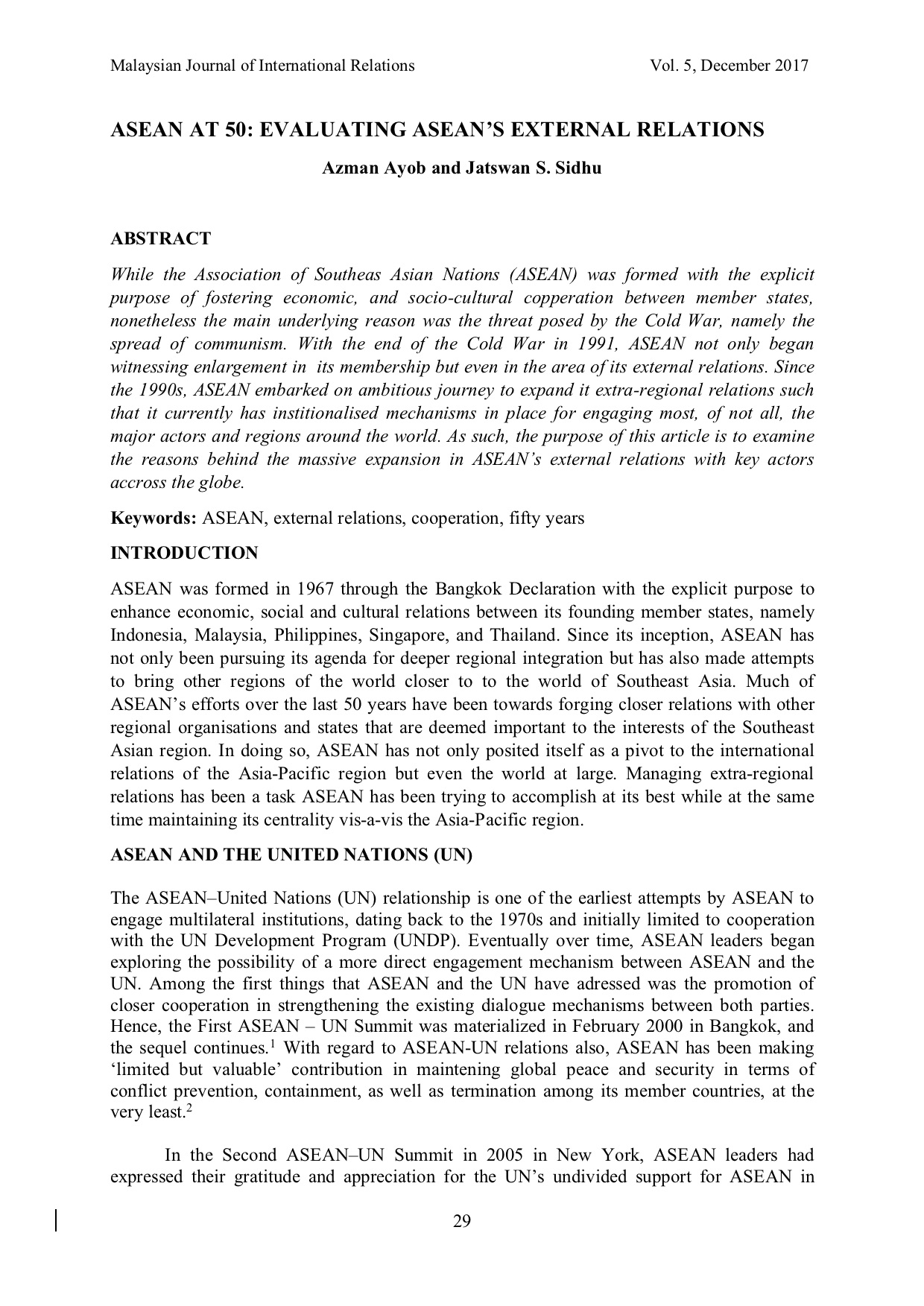 While the Association of Southeast Asian Nations (ASEAN) was formed with the explicit purpose of fostering economic, and socio-cultural cooperation between member states, nonetheless the main underlying reason was the threat posed by the Cold War, namely the spread of communism. With the end of the Cold War in 1991, ASEAN not only began witnessing enlargement in its membership but even in the area of its external relations. Since the 1990s, ASEAN embarked on an ambitious journey to expand it extra-regional relations such that it currently has institutionalised mechanisms in place for engaging most, if not all, the major actors and regions around the world. As such, the purpose of this article is to examine the reasons behind the massive expansion in ASEAN’s external relations with key actors across the globe.

He is a Senior Lecturer at the Faculty of Administrative Science and Policy Studies, Mara University of Technology (UiTM). His area of research includes India-Myanmar relations and Malaysia-Myanmar relations. Email: azmanayob@salam.uitm.edu.my

He is an Associate Professor at the Department of International and Strategic Studies, University of Malaya. His research interests include contemporary South and Southeast Asia and he has published extensively on Myanmar (Burma) and Brunei. His latest major work is entitled Historical Dictionary of Brunei Darussalam 3rd Ed. (Lanham: Rowman & Littlefield, 2017). Email: jatswanh@um.edu.my