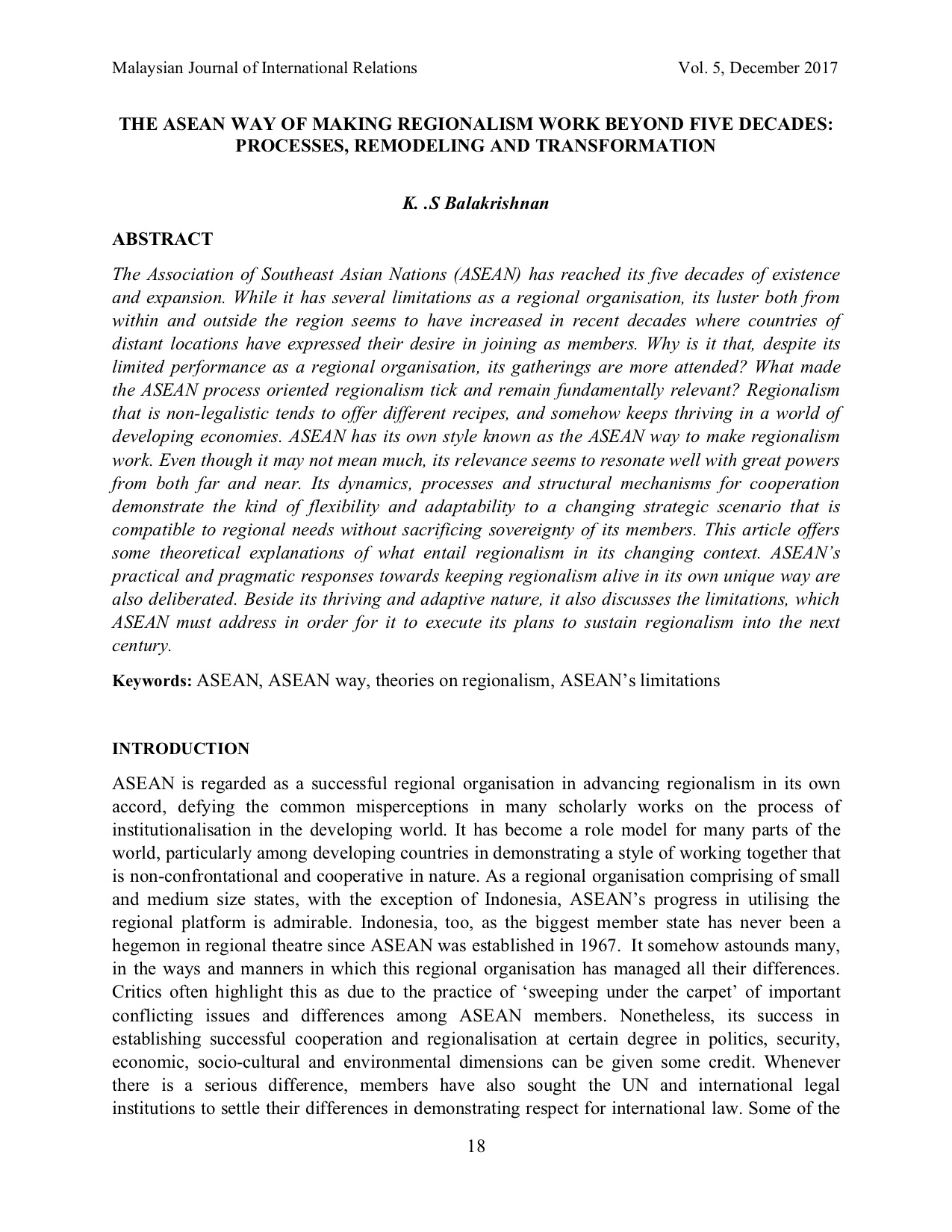 The Association of Southeast Asian Nations (ASEAN) has reached its five decades of existence and expansion. While it has several limitations as a regional organisation, its lustre both from within and outside the region seems to have increased in recent decades where countries of distant locations have expressed their desire in joining as members. Why is it that, despite its limited performance as a regional organisation, its gatherings are more attended? What made the ASEAN process-oriented regionalism tick and remain fundamentally relevant? Regionalism that is non-legalistic tends to offer different recipes, and somehow keeps thriving in a world of developing economies. ASEAN has its own style known as the ASEAN way to make regionalism work. Even though it may not mean much, its relevance seems to resonate well with great powers from both far and near. Its dynamics, processes and structural mechanisms for cooperation demonstrate the kind of flexibility and adaptability to a changing strategic scenario that is compatible with regional needs without sacrificing sovereignty of its members. This article offers some theoretical explanations of what entails regionalism in its changing context. ASEAN’s practical and pragmatic responses towards keeping regionalism alive in its own unique way are also deliberated. Besides its thriving and adaptive nature, it also discusses the limitations, which ASEAN must address in order for it to execute its plans to sustain regionalism into the next century.

He is Senior Lecturer at the Department of International and Strategic Studies, University of Malaya (UM). Prior to joining UM, he had served at the Institute of International and Strategic Studies (ISIS) Malaysia between 1993 and 1997 and Monash University (Malaysia Campus) from 1999 till May 2000. He has extensively published in journals and defence publications. He is also consulted by think tanks, media, government institutions/ministries, foreign missions and NGOs. Email: ksbalakrishnan@um.edu.my