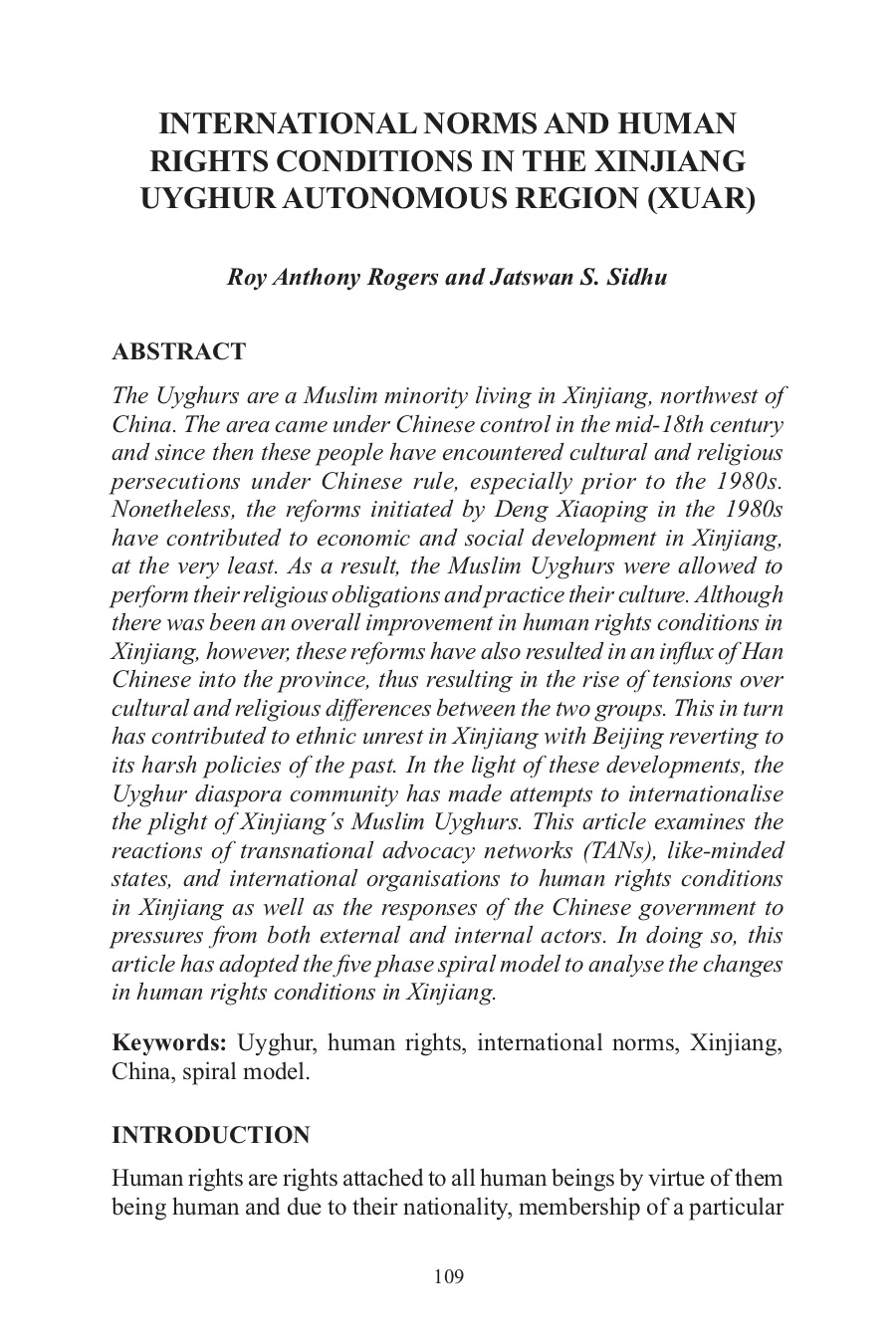 The Uyghurs are a Muslim minority living in Xinjiang, north-west of China. The area came under Chinese control in the mid-18th century and since then these people have encountered cultural and religious persecutions under Chinese rule, especially prior to the 1980s. Nonetheless, the reforms initiated by Deng Xiaoping in the 1980s have contributed to economic and social development in Xinjiang, at the very least. As a result, the Muslim Uyghurs were allowed to perform their religious obligations and practice their culture. Although there was been an overall improvement in human rights conditions in Xinjiang, however, these reforms have also resulted in an influx of Han Chinese into the province, thus resulting in the rise of tensions over cultural and religious differences between these two groups. This, in turn, has contributed to ethnic unrest in Xinjiang with Beijing reverting to its harsh policies of the past. In the light of these developments, the Uyghur diaspora community has made attempts to internationalise the plight of Xinjiang's Muslim Uyghurs. This article examines the reactions of transnational advocacy networks (TANs), like-minded states, and international organisations to human rights conditions in Xinjiang as well as the responses of the Chinese government to pressure from both external and internal actors. In doing so, this article has adopted the five-phase spiral model to analyse the changes in human rights conditions in Xinjiang.