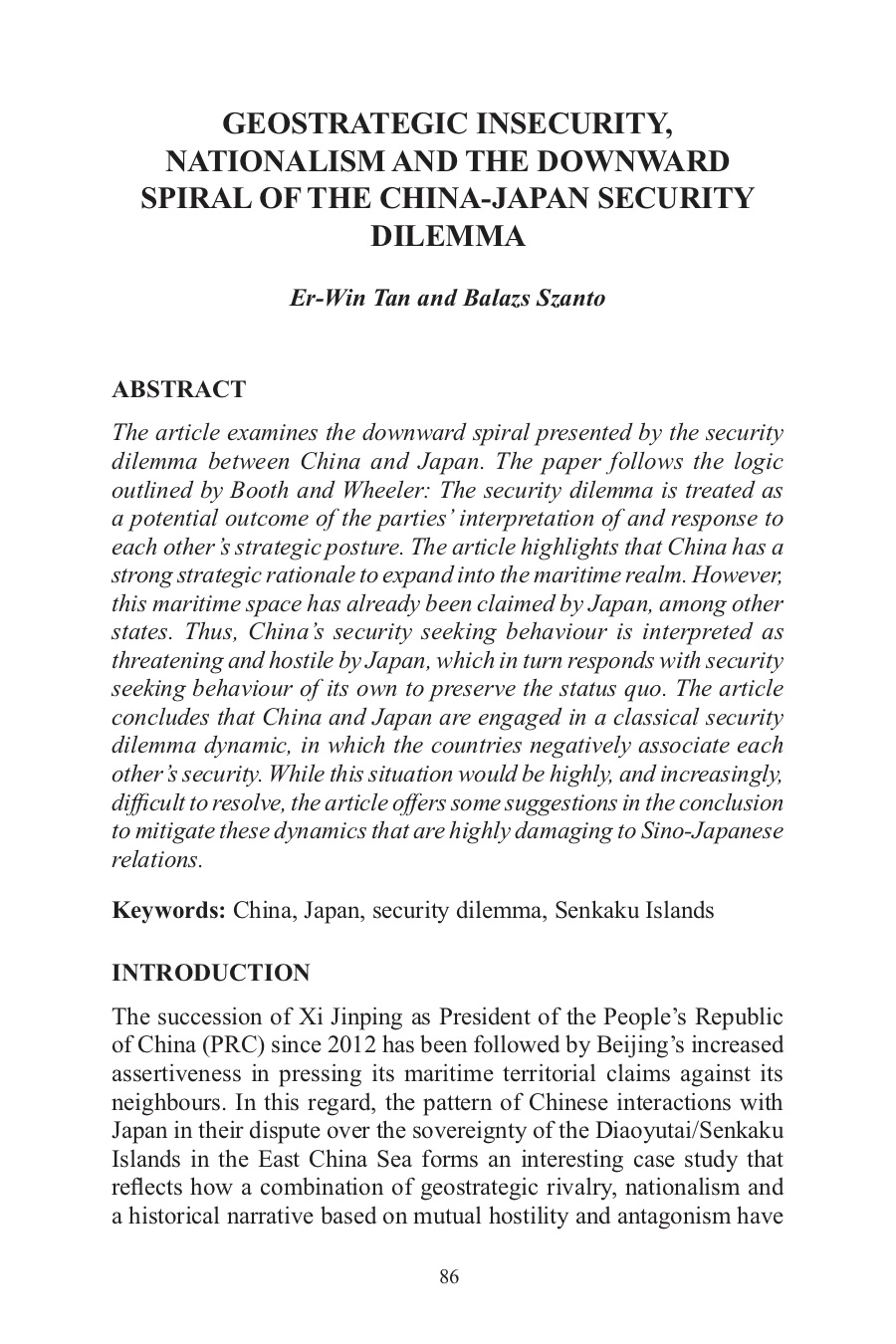 This article examines the downward spiral presented by the security dilemma between China and Japan. The paper follows the logic outlined by Booth and Wheeler. The security dilemma is treated as a potential outcome of the parties' interpretation of and response to each other's strategic posture. The article highlights that China as a strong strategic rationale to expand into the maritime realm. However, this maritime space has already been claimed by Japan, among other states. Thus, China's security-seeking behaviour is interpreted as threatening and hostile by Japan, which, in turn, responds with the security-seeking behaviour of its own to preserve the status quo. The article concludes that China and Japan are engaged in a classical security dilemma, in which the countries negatively associate each other's security. While the situation would be highly, and increasingly, difficult to resolve, the article offers some suggestions in the conclusion to mitigate these dynamics that are highly damaging to Sino-Japanese relations.