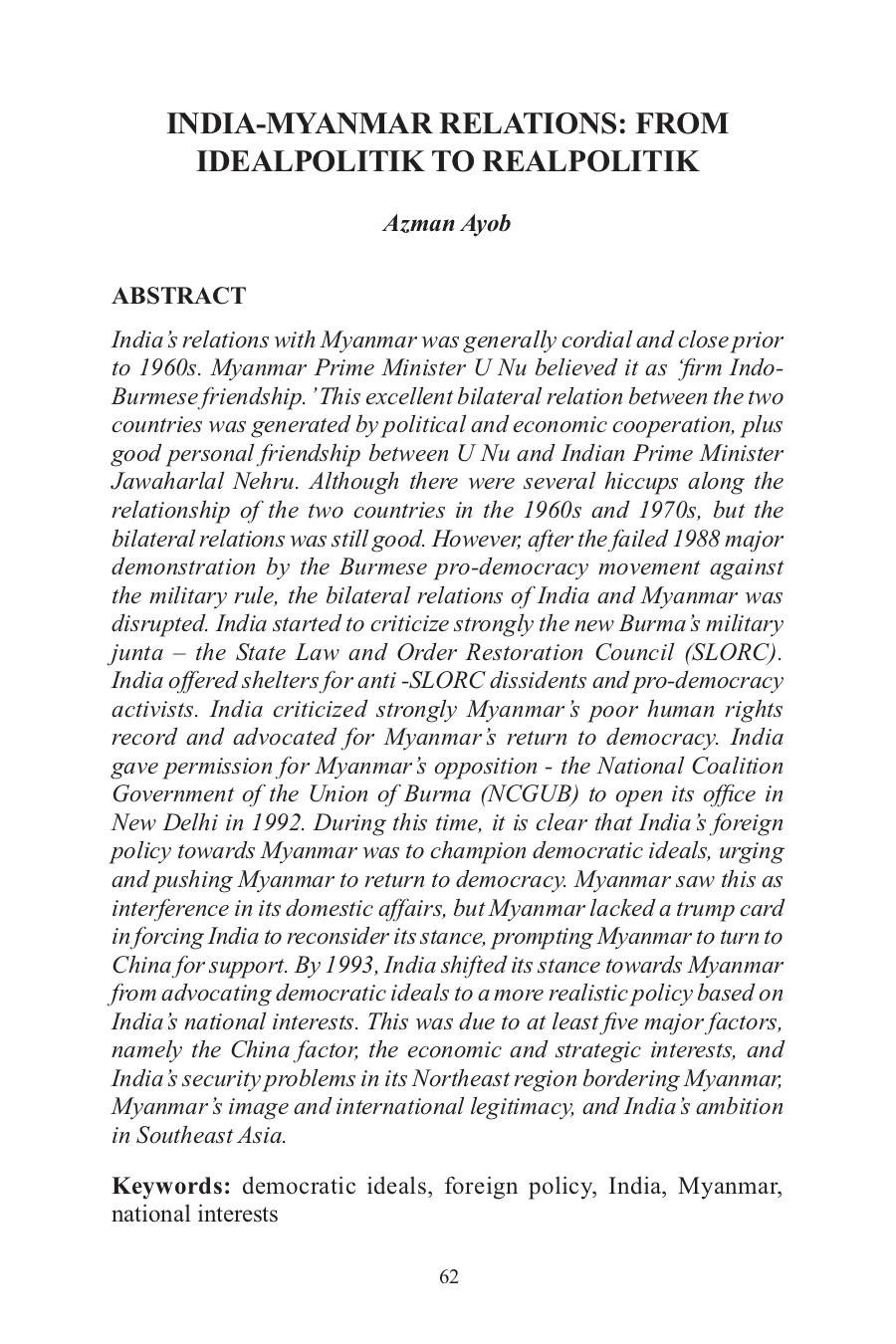 India's relations with Myanmar was generally cordial and close prior to 1960s. Myanmar Prime Minister U Nu believed it as 'firm Indo-Burmese friendship'. This excellent bilateral relationship between the two countries was generated by political and economic cooperation, plus good personal friendship between U Nu and Indian Prime Minister Jawaharlal Nehru. Although there were several hiccups along with the relationship of the two countries in the 1960s and 1970s, the bilateral relations were still good. However, after the failed 1988 major demonstration by the Burmese pro-democracy movement against the military rule, the bilateral relations between India and Myanmar was disrupted. India started to criticise strongly the new Burma's military junta - the State Law and Order Restoration Council (SLORC). India offered shelters for anti-SLORC dissidents and pro-democracy activists. India criticised strongly Myanmar's poor human rights record and advocated for Myanmar's return to democracy. India gave permission for Myanmar's opposition - the National Coalition Government of the Union of Burma (NCGUB) to open its office in New Delhi in 1992. During this time, it is clear that India's foreign policy towards Myanmar was to champion democratic ideals, urging and pushing Myanmar to return to democracy. Myanmar saw this as interference in its domestic affairs, but Myanmar lacked a trump card in forcing India to reconsider its stance, prompting Myanmar to turn to China for support. By 1993, India shifted its stances towards Myanmar from advocating democratic ideals to a more realistic policy based on namely the China factor, the economic and strategic interests, and Myanmar's image and international legitimacy, and India's ambition in Southeast Asia.