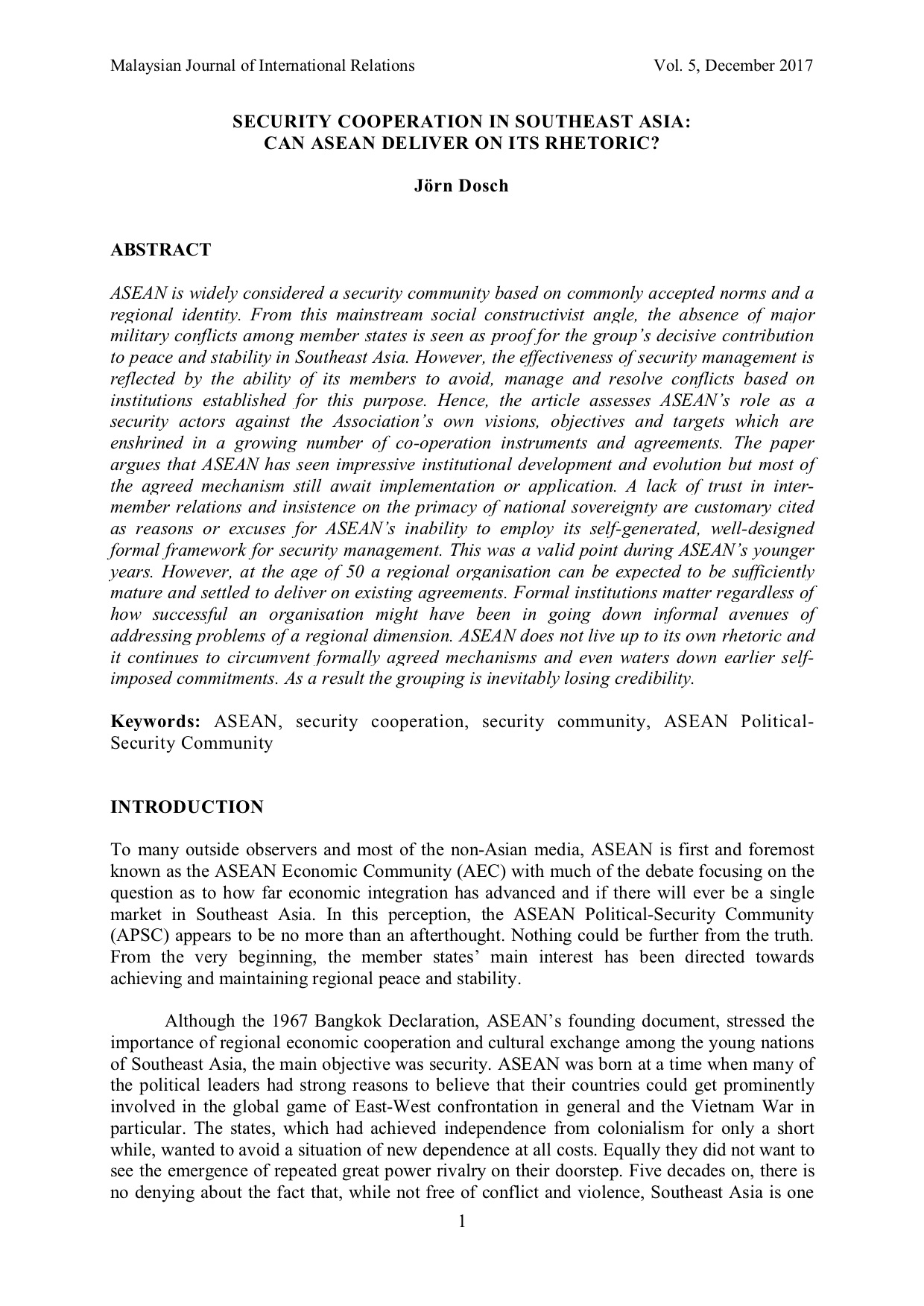 ASEAN is widely considered a security community based on commonly accepted norms and regional identity. From this mainstream social constructivist angle, the absence of major military conflict among member states is seen as proof for the group's decisive contribution to peace and stability in Southeast Asia. However, the effectiveness of security management is reflected by the ability of its members to avoid, manage and resolve conflicts based on institutions established for this purpose. Hence, the article assesses ASEAN's role as a security actor against the Association's own visions, objectives and targets which are enshrined in a growing number of co-operation instruments and agreements. The paper argues that ASEAN has seen impressive institutional development and evolution but most of the agreed mechanism still await implementation or application. A lack of trust in inter-member relations and insistence on the primacy of national sovereignty are customary cited as reasons or excuses for ASEAN's inability to employ its self-generated, well designed formal framework for security management. This was a valid point during ASEAN's younger years. However, at the age of 50, a regional organisation can be expected to be sufficiently mature and settled to deliver on existing agreements. Formal institutions matter regardless of how successful an organisation might have been in going down informal avenues of addressing problems of a regional dimension. ASEAN does not live up to its own rhetoric and it continues to circumvent formally agreed mechanisms and even waters down earlier self-imposed commitments. As a result, the grouping is inevitably losing credibility.