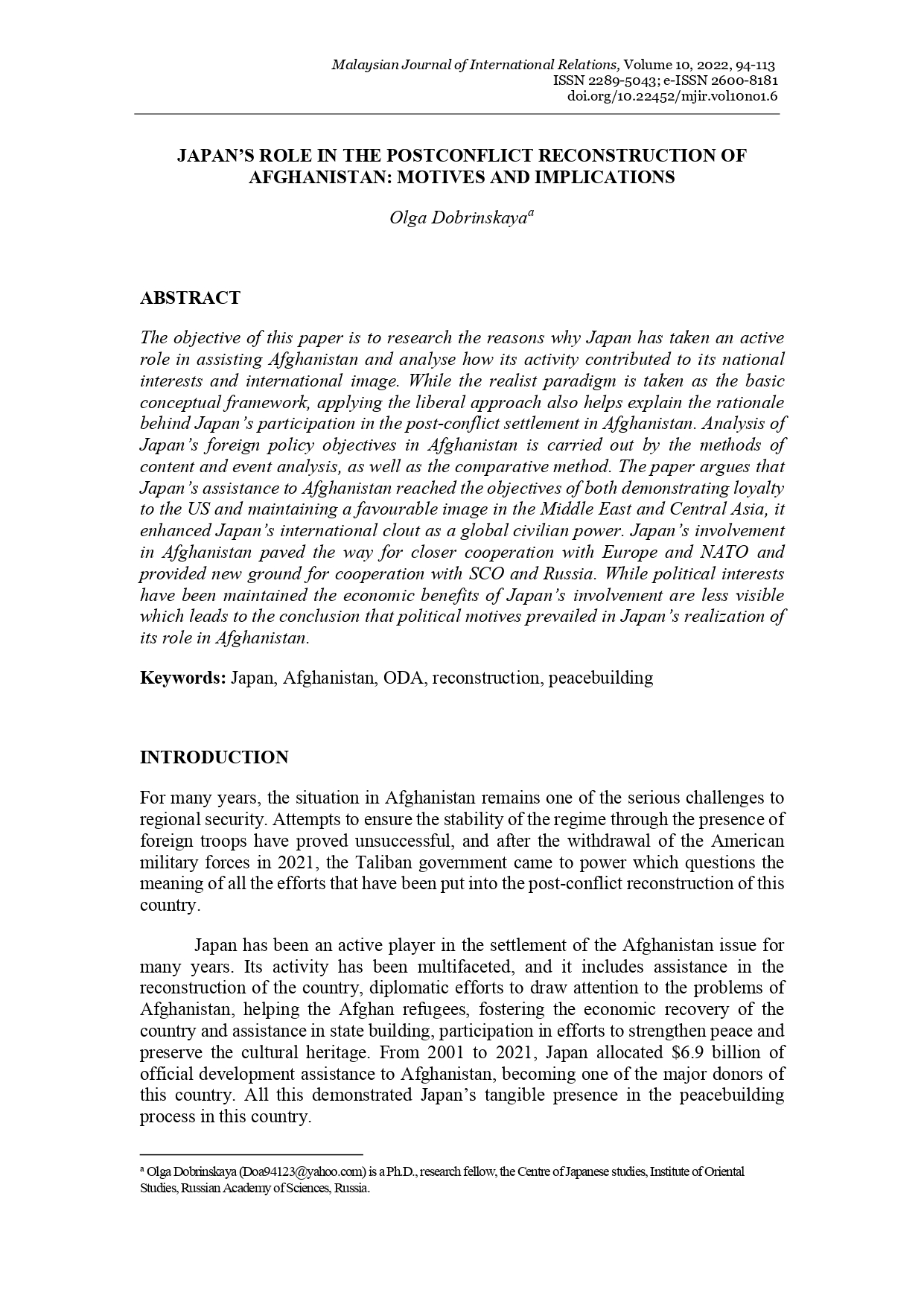 The objective of this paper is to research the reasons why Japan has taken an active role in assisting Afghanistan and analyse how its activity contributed to its national interests and international image. While the realist paradigm is taken as the basic conceptual framework, applying the liberal approach also helps explain the rationale behind Japan’s participation in the post-conflict settlement in Afghanistan. Analysis of Japan’s foreign policy objectives in Afghanistan is carried out by the methods of content and event analysis, as well as the comparative method. The paper argues that Japan’s assistance to Afghanistan reached the objectives of both demonstrating loyalty to the US and maintaining a favourable image in the Middle East and Central Asia, it enhanced Japan’s international clout as a global civilian power. Japan’s involvement in Afghanistan paved the way for closer cooperation with Europe and NATO and provided new ground for cooperation with SCO and Russia. While political interests have been maintained the economic benefits of Japan’s involvement are less visible which leads to the conclusion that political motives prevailed in Japan’s realization of its role in Afghanistan.