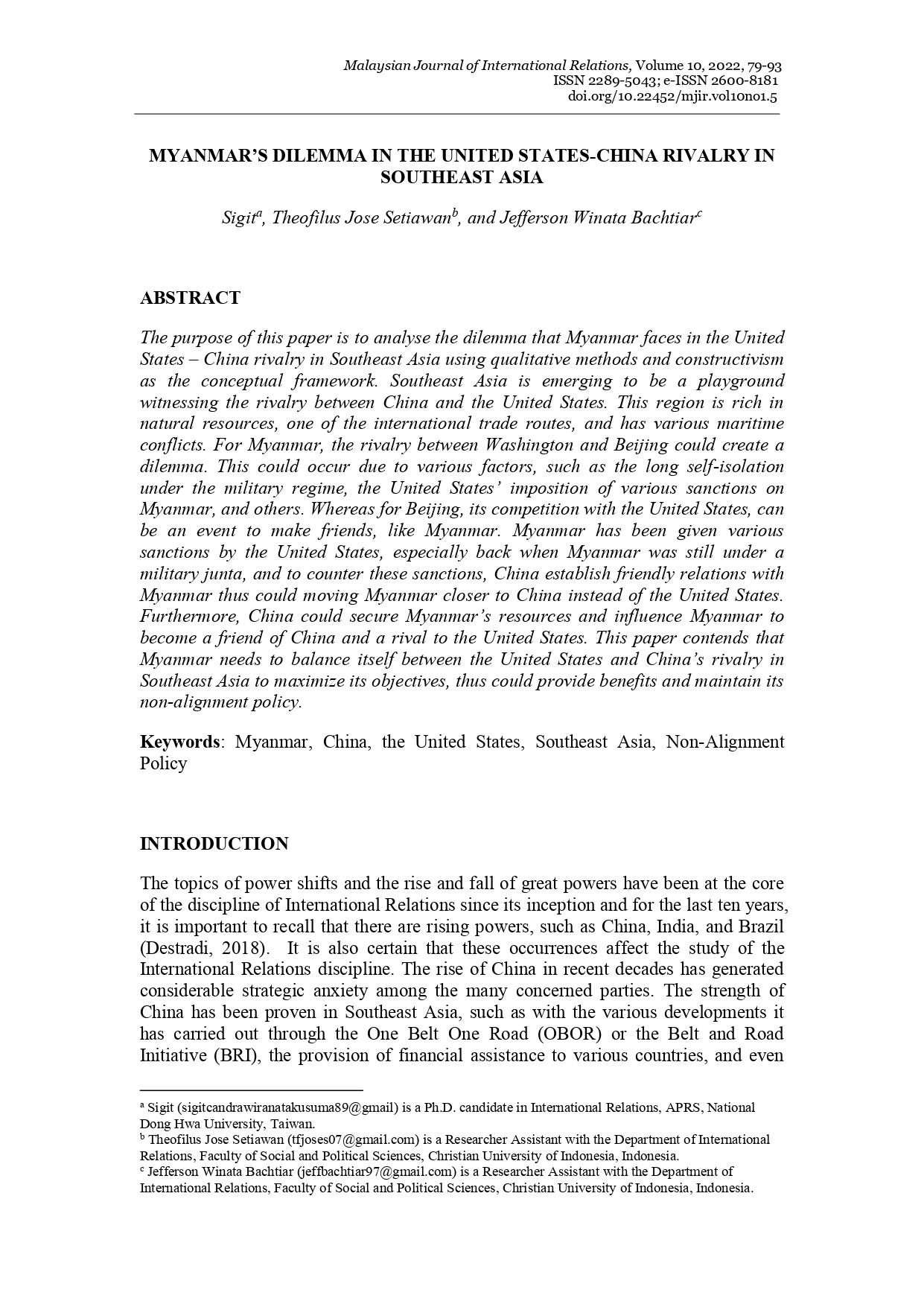 The purpose of this paper is to analyse the dilemma that Myanmar faces in the United States – China rivalry in Southeast Asia using qualitative methods and constructivism as the conceptual framework. Southeast Asia is emerging to be a playground witnessing the rivalry between China and the United States. This region is rich in natural resources, one of the international trade routes, and has various maritime conflicts. For Myanmar, the rivalry between Washington and Beijing could create a dilemma. This could occur due to various factors, such as the long self-isolation under the military regime, the United States’ imposition of various sanctions on Myanmar, and others. Whereas for Beijing, its competition with the United States, can be an event to make friends, like Myanmar. Myanmar has been given various sanctions by the United States, especially back when Myanmar was still under a military junta, and to counter these sanctions, China establish friendly relations with Myanmar thus could moving Myanmar closer to China instead of the United States. Furthermore, China could secure Myanmar’s resources and influence Myanmar to become a friend of China and a rival to the United States. This paper contends that Myanmar needs to balance itself between the United States and China’s rivalry in Southeast Asia to maximize its objectives, thus could provide benefits and maintain its non-alignment policy.