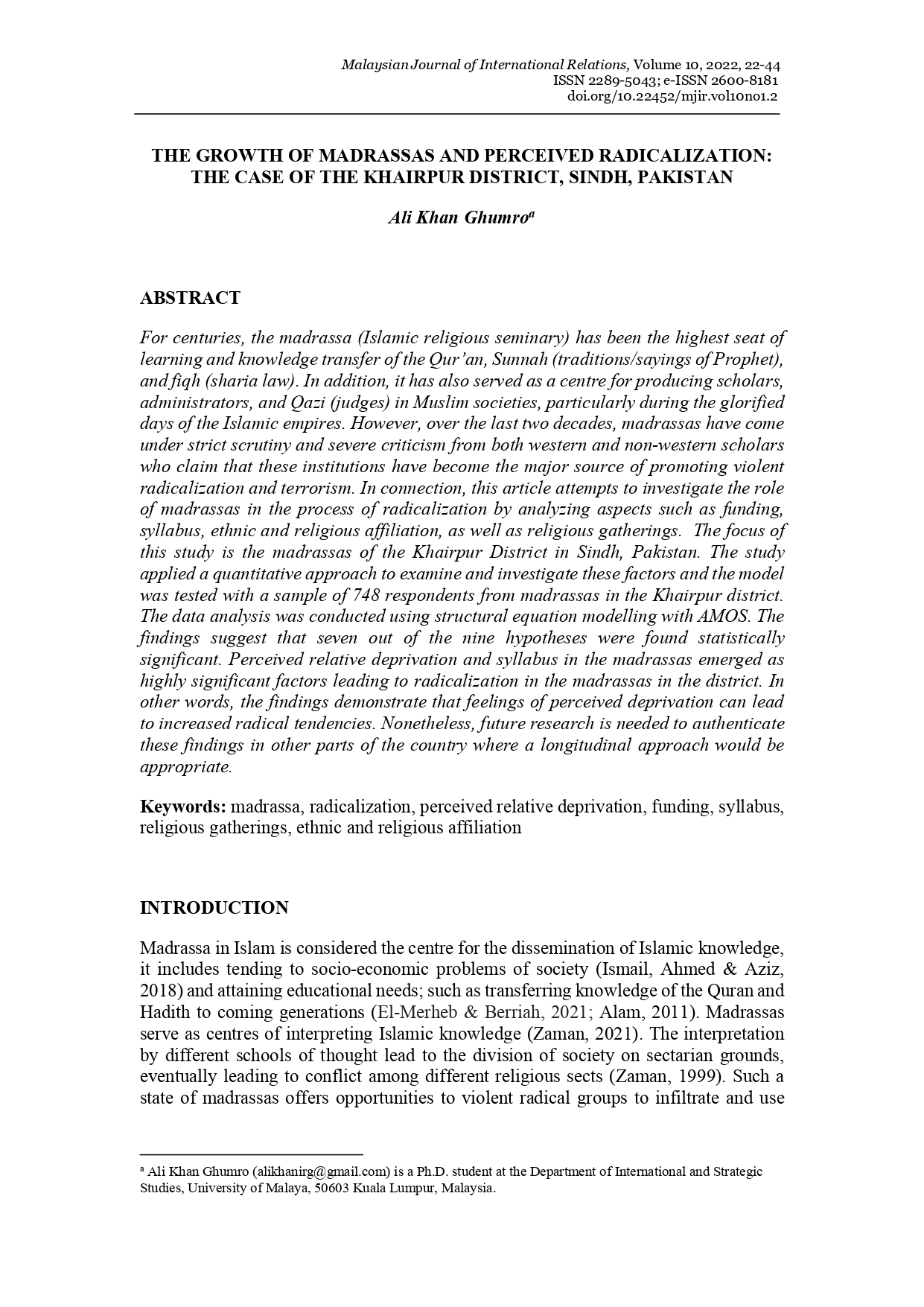 For centuries, the madrassa (Islamic religious seminary) has been the highest seat of learning and knowledge transfer of the Qur’an, Sunnah (traditions/sayings of Prophet), and fiqh (sharia law). In addition, it has also served as a centre for producing scholars, administrators, and Qazi (judges) in Muslim societies, particularly during the glorified days of the Islamic empires. However, over the last two decades, madrassas have come under strict scrutiny and severe criticism from both western and non-western scholars who claim that these institutions have become the major source of promoting violent radicalization and terrorism. In connection, this article attempts to investigate the role of madrassas in the process of radicalization by analyzing aspects such as funding, syllabus, ethnic and religious affiliation, as well as religious gatherings. The focus of this study is the madrassas of the Khairpur District in Sindh, Pakistan. The study applied a quantitative approach to examine and investigate these factors and the model was tested with a sample of 748 respondents from madrassas in the Khairpur district. The data analysis was conducted using structural equation modelling with AMOS. The findings suggest that seven out of the nine hypotheses were found statistically significant. Perceived relative deprivation and syllabus in the madrassas emerged as highly significant factors leading to radicalization in the madrassas in the district. In other words, the findings demonstrate that feelings of perceived deprivation can lead to increased radical tendencies. Nonetheless, future research is needed to authenticate these findings in other parts of the country where a longitudinal approach would be appropriate.