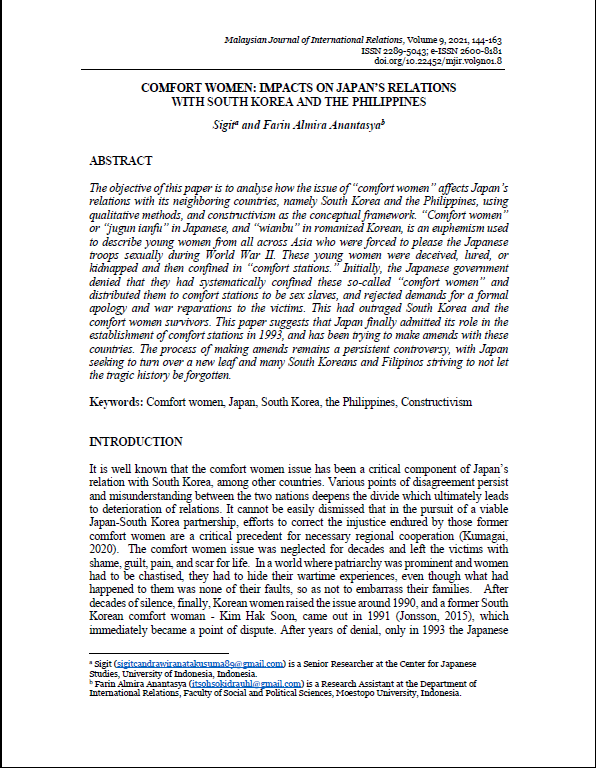 The objective of this paper is to analyse how the issue of “comfort women” affects Japan’s relations with its neighboring countries, namely South Korea and the Philippines, using qualitative methods, and constructivism as the conceptual framework. “Comfort women” or “jugun ianfu” in Japanese, and “wianbu” in romanized Korean, is an euphemism used to describe young women from all across Asia who were forced to please the Japanese troops sexually during World War II. These young women were deceived, lured, or kidnapped and then confined in “comfort stations.” Initially, the Japanese government denied that they had systematically confined these so-called “comfort women” and distributed them to comfort stations to be sex slaves, and rejected demands for a formal apology and war reparations to the victims. This had outraged South Korea and the comfort women survivors. This paper suggests that Japan finally admitted its role in the establishment of comfort stations in 1993, and has been trying to make amends with these countries. The process of making amends remains a persistent controversy, with Japan seeking to turn over a new leaf and many South Koreans and Filipinos striving to not let the tragic history be forgotten.