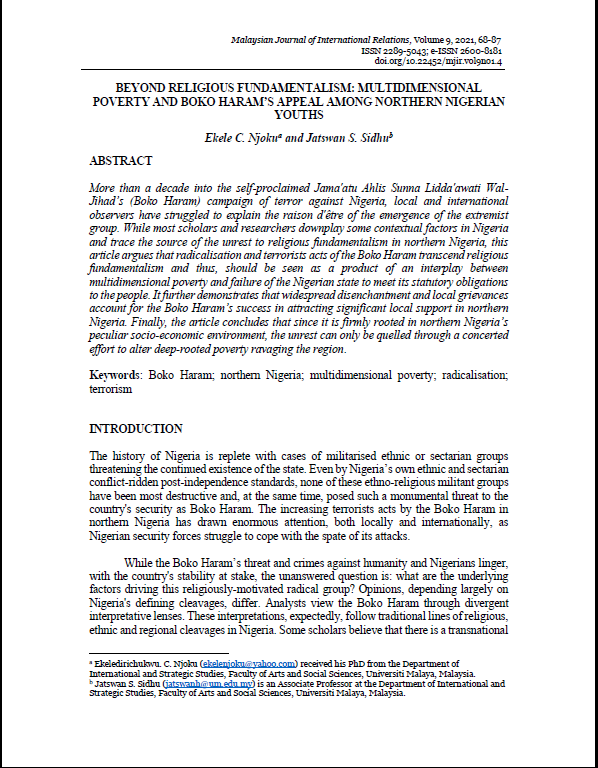 More than a decade into the self-proclaimed Jama'atu Ahlis Sunna Lidda'awati Wal-Jihad’s (Boko Haram) campaign of terror against Nigeria, local and international observers have struggled to explain the raison d'être of the emergence of the extremist group. While most scholars and researchers downplay some contextual factors in Nigeria and trace the source of the unrest to religious fundamentalism in northern Nigeria, this article argues that radicalisation and terrorists acts of the Boko Haram transcend religious fundamentalism and thus, should be seen as a product of an interplay between multidimensional poverty and failure of the Nigerian state to meet its statutory obligations to the people. It further demonstrates that widespread disenchantment and local grievances account for the Boko Haram’s success in attracting significant local support in northern Nigeria. Finally, the article concludes that since it is firmly rooted in northern Nigeria’s peculiar socio-economic environment, the unrest can only be quelled through a concerted effort to alter deep-rooted poverty ravaging the region.